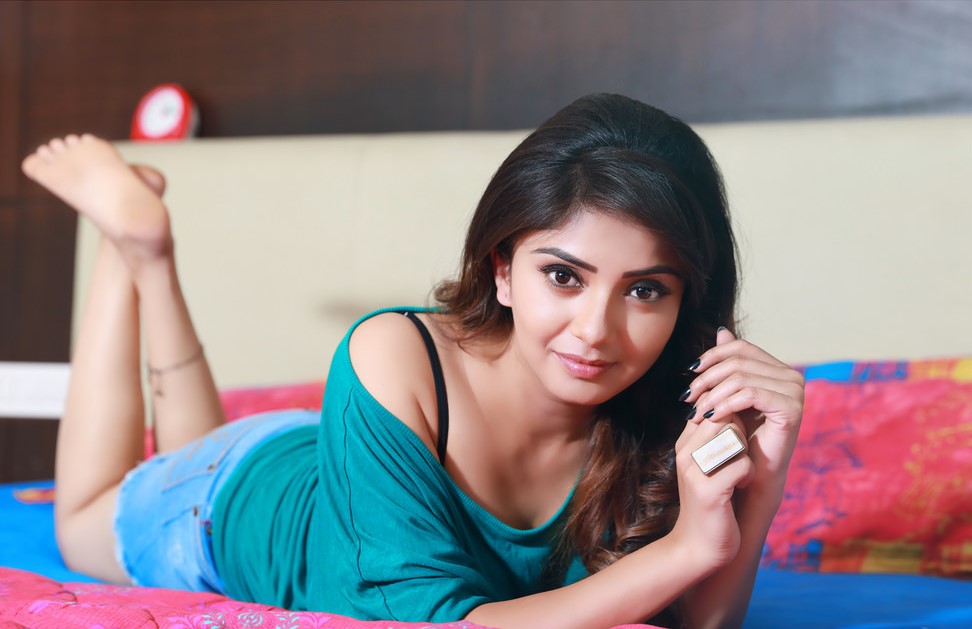 Karunya Ram is an Indian film actress who predominantly works in the Kannada film industry. She made her on-screen debut as a lead in the 2015 film Vajrakaya. She is now participating in the popular cookery show Cook with Kirikku season 1. Check out below for Karunya Ram Wiki, Biography, Age, Family, Movies List, Images, and More.

Karunya Ram was born on 10 August 1992 to B.C.Ramachandra Gowda and Prema Gowda in Melukote, Bangalore. She also has one sister named Samruddhi Gowda. She completed her schooling in SRVHS school in Bangalore and pursued her PUC in SJRC women’s college and earned a degree from Surana College South End Circle. She made her acting debut in the movie Vajrakaya, alongside Shiva Rajkumar and Nabha Natesh.

She was also the part of big reality show Bigg Boss Kannada Season 4. In 2017, she was paired opposite to Vijay Raghavendra in Eradu Kanasu. Later, she came into the limelight with the movie “Kiragoorina Gayyaligalu”, which is directed by Sumana Kittur. She is currently working in the Tamil movie Kannakol. The movie also features Bigg Boss Bharani in the lead role.

Check out the latest photos of actress Karunya Ram,