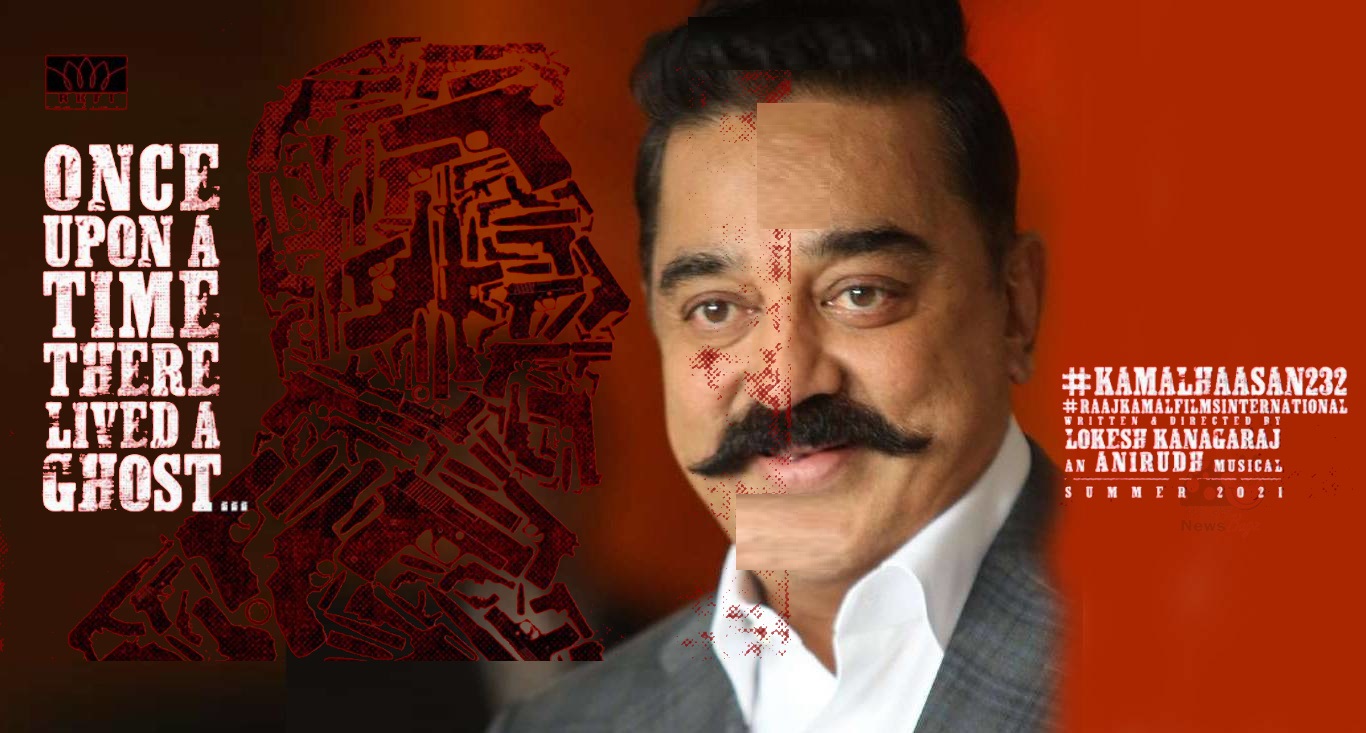 Kamal Haasan 232 (Tentatively titled Evanendru Ninaithaai) is an upcoming movie directed by Master director Lokesh Kanagraj. The film stars Ulaganayagan Kamal Haasan in the lead role. Touted to be a pakka gangster film, the music will be composed by youth sensation Anirudh Ravichander.

Kamal himself bankrolling the film under his banner Rajkamal films. The first look poster of the film was released on 16 September 2020 featuring a face of Kamal Haasan filled with guns. The poster also reveals “Once Upon A Time There Lived A Ghost”.

After Vijay starrer Master, Lokesh Kanagaraj will start to shoot with Bigg Boss Host. The film is scheduled to be released in Summer 2021.