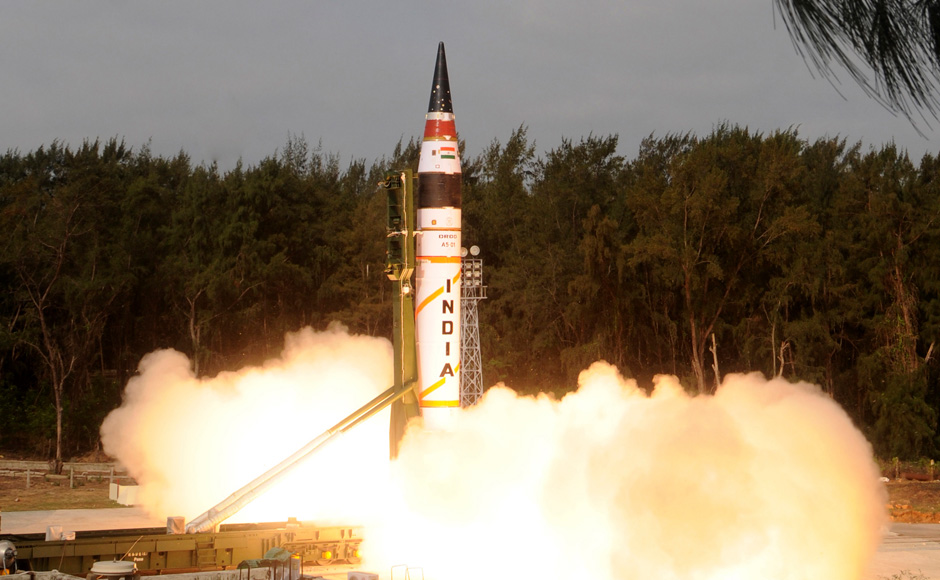 India successfully test-fired its nuclear capable surface-to-surface ballistic missile Agni-5 on Thursday. It is the most advanced missile in the Agni series with a strike range of over 5000 km from a test range off the Odisha coast. At the two-day Defence Industry Development Meet, Defence minister Nirmala Sitharaman said that the main ingredients for the ballistic missile Agni-5 are provided by the Tamil Nadu industry and it has the major contribution for the successfull launch. He also said that Tamil Nadu provided a favourable climate for investment which can be made use of for the development of defence sector in the country. Agni-5 ballistic missile is the most advanced missile in the Agni series with new technologies incorporated in it in terms of navigation and guidance, warhead and engine. 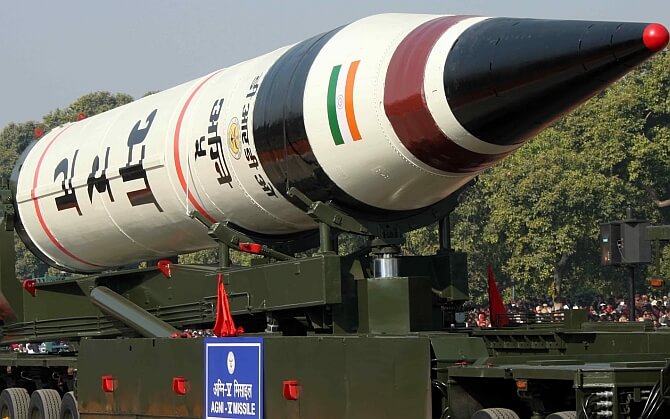 According to experts, the user associate test-flight of the missile has further boosted indigenous missile capabilities and deterrence strength of the country. The defences sources said that all radars, tracking systems and range stations are monitored the flight performance and by describing the trial as fully successful, they marked as the sophisticated missile travelled for 19 minutes and covered 4,900 km.

The sleek missile fixed at the canister launcher which is mounted on a mobile platform and test-fired at about 9.54 am from No. 4 launch pad of the Integrated Test Range (ITR) in Abdul Kalam Island. After four successful developmental trials, this was the first user associate test of Agni-5 missile, the sources added. 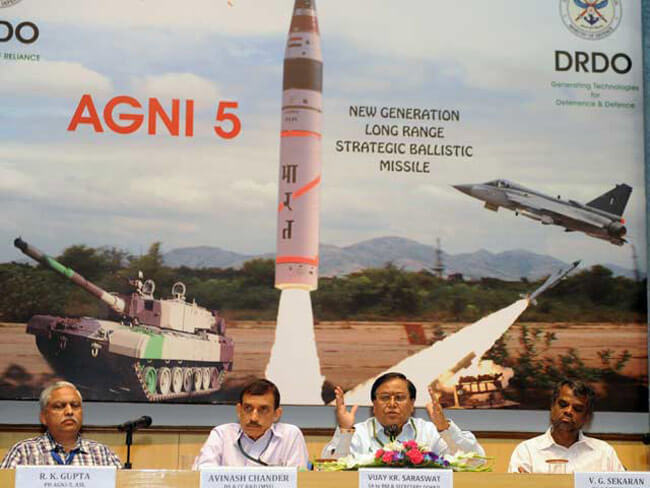 An official of Defence Research and Development Organization (DRDO) stated as,

“The high speed on board computer and fault tolerant software along with robust and reliable bus guided the missile flawlessly,”

Agni-5, a 5,000 km range intercontinental ballistic missile is widely regarded as a strategic missile targeted at China as it can reach almost all parts of the Chinese mainland. Sources said the country’s most formidable missile will undergo one more such pre-induction trial within this year before it is inducted into the Agni-V regiment already raised by the tri-Service Strategic Forces Command (SFC) with the requisite command and control structures.

If it happens, India will enter into the super-exclusive club of countries with ICBMs (missiles with a range of over 5,000-5,500km) like the US, China, France Russia, and the UK. 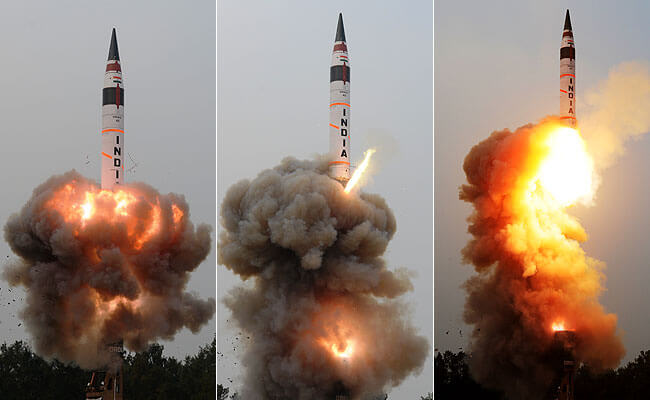 While in North Korea, scientist has rattled over the last six-seven month for the US with tests of its two new ICBMs, Hwasong-14 and Hwasong-15, expert opinion is still divided whether they are fully-operational and deployed.

India wants a credible strategic deterrent against an aggressive and expansionist China, which has a large arsenal of nuclear-capable ballistic missiles. However, the Strategic Forces Command already has regiments of the Prithvi-II with 350 km range, Agni-I with 700 km range, Agni-II with 2,000 km range and Agni-III, a 3,000 km range missiles, which are mainly meant to deter Pakistan from any misadventure. The Agni-IV with 4,000 km range and Agni-V over 5,000-km range is in turn which have been developed with China in mind.