Mohan Bhagwat Speech: The Rashtriya Swayamsevak Sangh (RSS) chief said India is a Hindu Rashtra and it is Hindutva that has “united India despite the diversity of language, religion, lifestyle and custom”. He addressed in the Sangh’s largest congregations at the Khanapara Veterinary College field here on Sunday.

Mohan Bhagwat said Pakistan and Bangladesh are separate countries because they didn’t want to connect with Hindutva and also added that India is united because the country holds Hindutva. The RSS Chief also said that India had stopped considering Pakistan an enemy, but Pakistan had failed to do the same in its approach towards India.

“Mohenjodaro and Harappa civilizations are now in Pakistan. They are part of Bharat, which Pakistan does not want to acknowledge. Pakistan is a separate country because it did not want to accept Hindutva,” 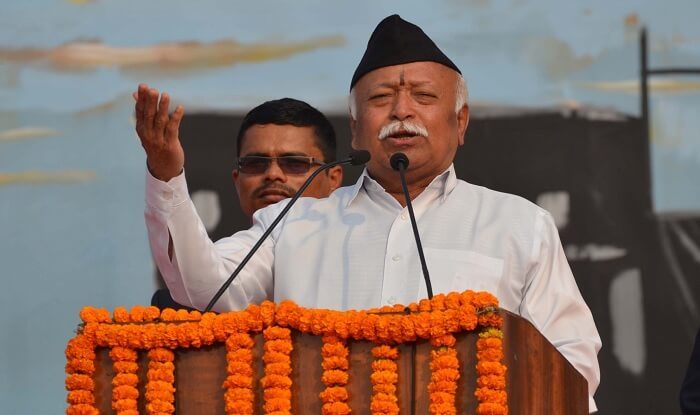 North Assam Zone had organized the meeting and the zone which covers Assam’s Brahmaputra Valley, Nagaland and Meghalaya. Mohan Bhagwat said the RSS congregation in Assam was not a show of strength of people but an attempt to make them with “the essence of India is Hindutva”. He said that the country needs to be strong not to capture new lands, but to win the hearts of people.

Mohan Bhagwat also urged parents in the region, which is home to a large number of tribes and also a considerable Christian population, to be a part of Hindutva.

Political experts viewed the ‘Bhagwat address’ as an attempt by the BJP to mobilise support ahead of assembly elections. The BJP is keen on winning these states after Assam, Arunachal Pradesh and Manipur. A former Assam chief minister Tarun Gogoi said,

“The RSS programme is nothing but pushing the BJP brand of communal politics,” 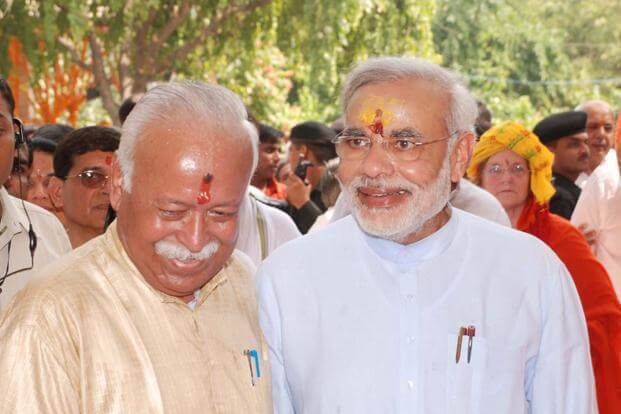 The Rashtriya Swayamsevak Sangh (RSS) is the ideological parent of the Bharatiya Janata Party. While there was no explicit reference to the upcoming elections in three northeastern states like Meghalaya, Nagaland and Tripura.

The BJP party has taken a series of steps in its activities in the poll-bound states and held meetings with leaders of different faiths.

Preparing For The Oscars 2018 March 4th