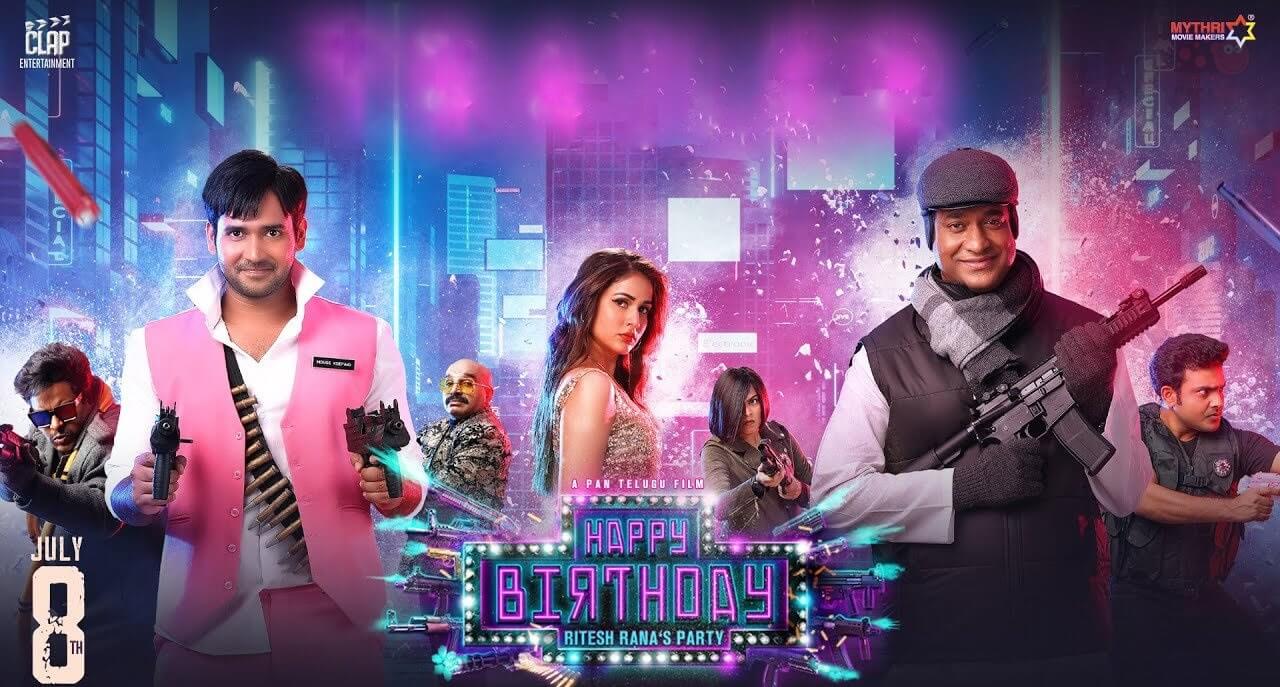 Happy Birthday is the latest Telugu movie starring versatile actress Lavanya Tripathi in the lead role. Directed by Ritesh Rana, the film was bankrolled by Chiranjeevi and Hemalatha. The film has Kaala Bairava’s music and Suresh Sarangam’s DOP. The makers released the first look poster featuring Lavanya celebrating a party while holding an M134 Minigun. Happy Birthday Telugu movie also features Vennela Kishore in the major role. Sony Music bagged the musical rights for this film. It is a multilingual movie and it is set to release in cinemas on July 08, 2022.

Check out the latest video of Happy Birthday Teaser here,

Here is the main cast list of Happy Birthday Movie 2022,

It is touted that Amazon Prime Video acquired the digital streaming rights for this film. Stay tuned with NEWSBUGZ.COM to know more details about the movie.