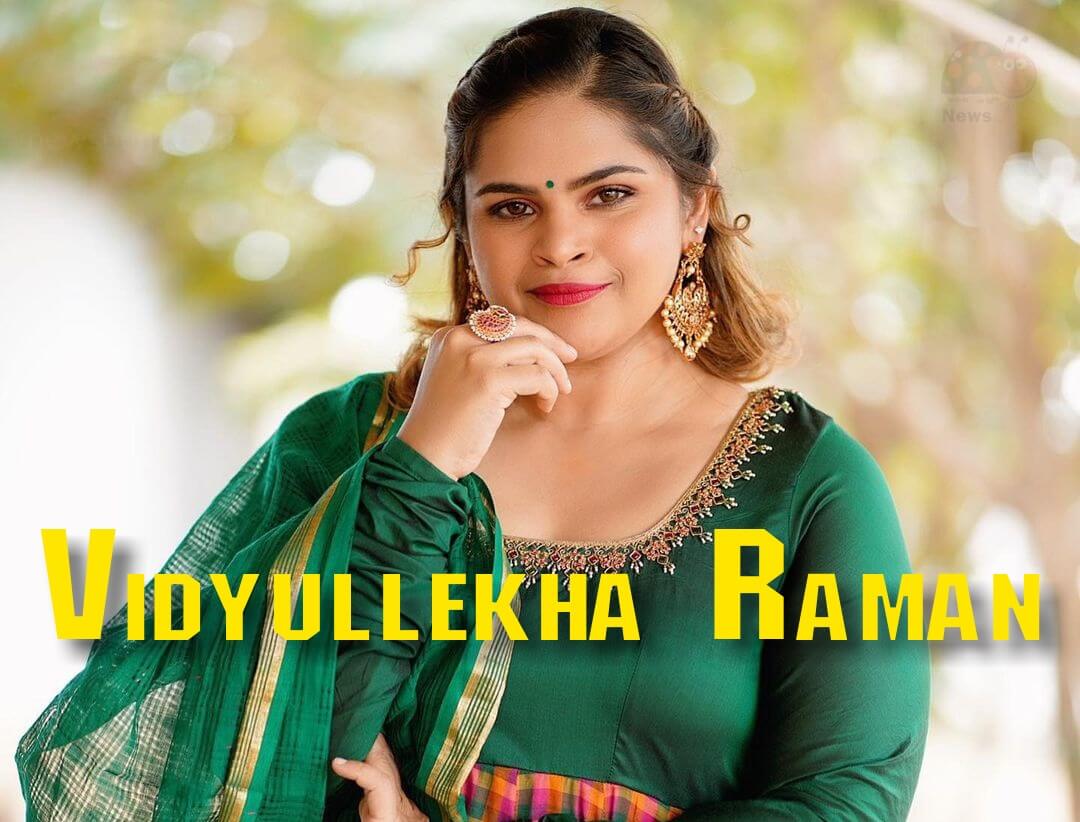 Vidyullekha Raman also known as Vidyu Raman was born on 4th November 1991. She is an Indian Actress and a theatre performer. She is the daughter of the famous Tamil comedy actor “Mohan Raman”. Vidyullekha Raman made her debut in a bilingual movie directed by “Gautam Vasudev Menon” named “Neethane En Ponvasantham” in Tamil and “Yeto Velipoiyandhi Manasu” in Telugu in the year 2012. She was currently seen in Cooku With Comali Season 3 as a contestant.

Vidyullekha Raman was born to Mohan Raman. She was born in Chennai. Vidya Raman did her schooling at Vidya Mandir Senior Secondary School and then she went to MCTM Matriculation. In the MCTM school, she started developing her acting skills and made acting her passion. She did her graduation in the field of Visual Communications where she gained popularity by performing stage productions.

Vidya Raman appeared in many theatres shows hosted by famous and renowned theatre groups like “Landing Stage”, “Madras Players”, “the Stray Factory” and “Evam”. She has a theatre experience more than 7 years. Vidya Raman made her debut in a bilingual movie directed by director Gautam Vasudev Menon. After which she got many opportunities to act as a supporting actress and also as a comedian in many movies.

Vidya got engaged to Sanjay on 29 August 2020 (Wednesday). Sanjay is a dietician and fitness expert.

Check out the latest images of actress Vidyullekha Raman,