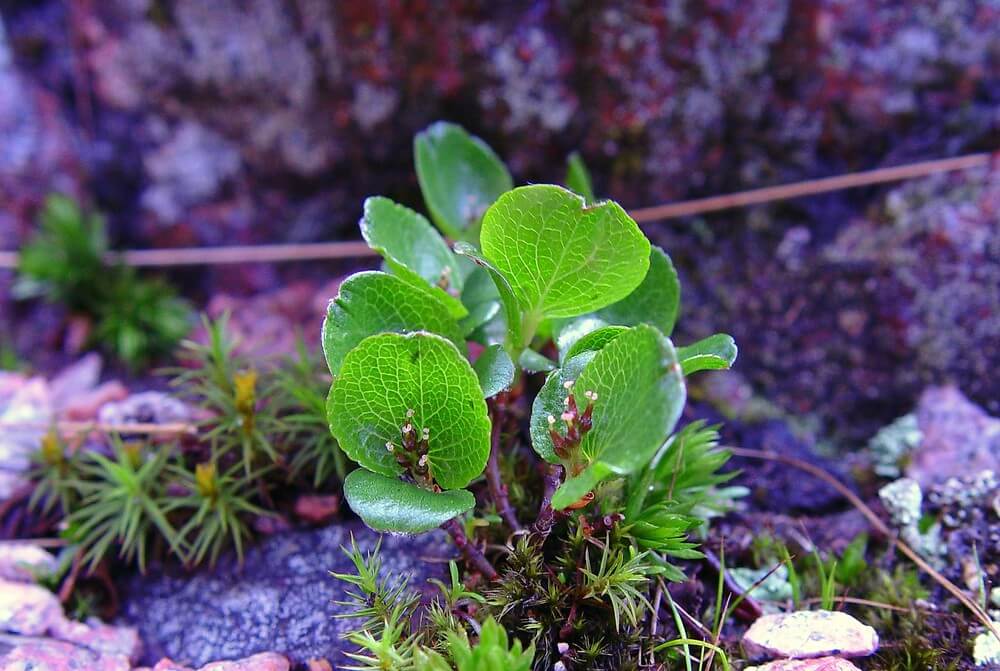 Dwarf Willow or Salix Herbacea is the smallest tree in the world. It is one of the world’s smallest woody creeping willow plants that belongs to the Salicaceae family and the order of Malpighiales. These species mostly found in the region of grating arctic and subarctic environments of the North Atlantic Ocean. The size of Dwarf Willow may stands of 1 m² or much large and the underground stem will be around 0.5 cm thick. The leaf size of Salix Herbacea is around 3-5 mm which is much smaller than the blade. The bud size of this small tree is around 0.5-1 * 1-1.2 mm. The colours of these plants are entirely different from each other, the older part will be in dark greyish or reddish-brown where the younger parts of this tree are light brown in colour and slimmer than the old. This plant is also popularly known as least willow or snowed willow. This species grows maximum up to 6 cm (2.4 in) height from the ground but it spreads widely across the ground.

Salix Herbacea is one of the species of Salix or Willow. It has more than 400 different species of deciduous trees and shrubs which can be found in the arctic and subarctic environments of allover the world.

Top Interesting Facts about Dreams & What Do They Mean