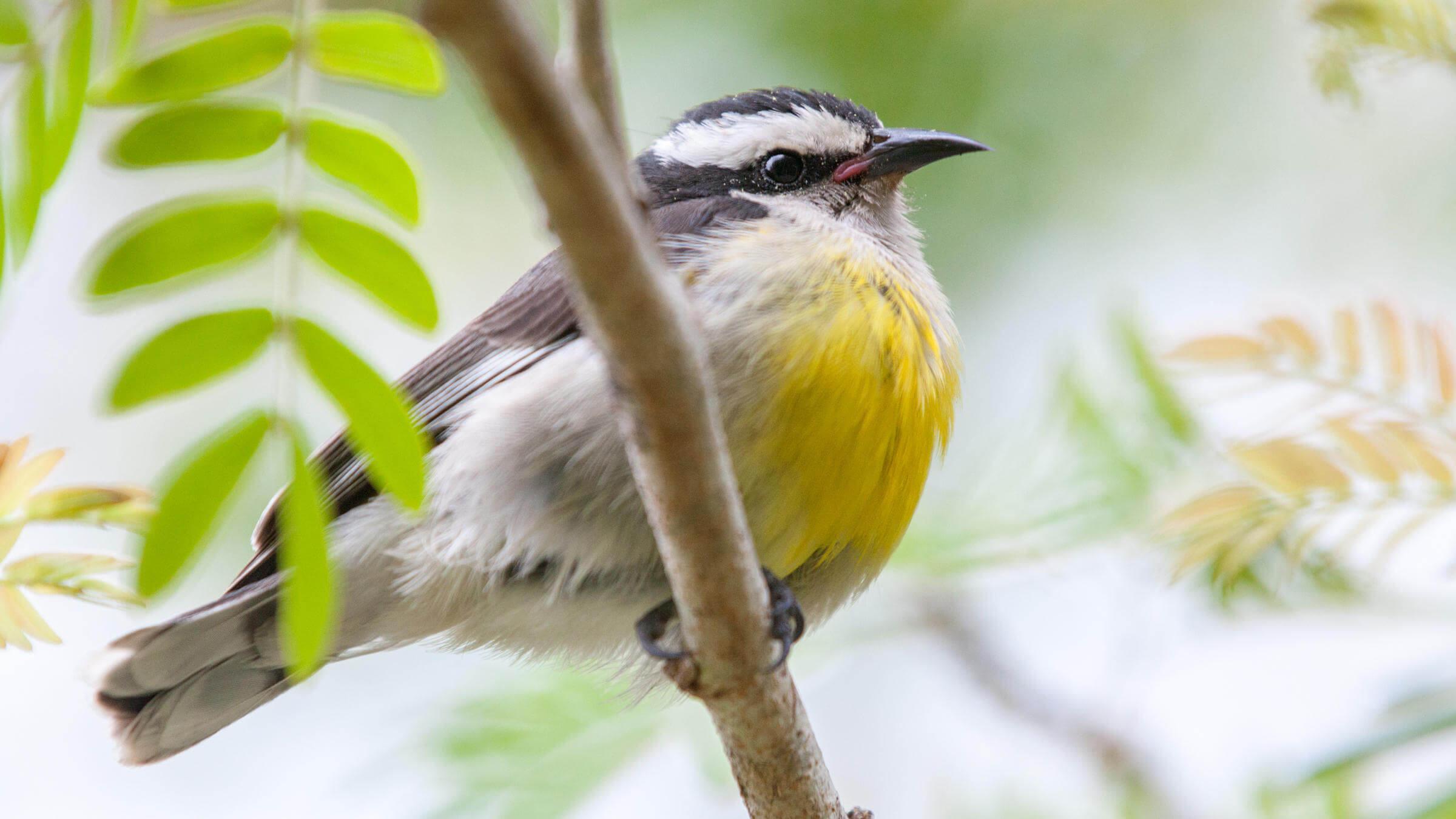 Bananaquit is a small, active, warbler-like bird. The scientific name of this species is Coereba flaveola. These birds are the unknown relation of the passerine birds. It is tentatively placed under the family Thraupidae and belongs to the order Passeriformes but it is often placed in the family Coerebidae. According to recent research, bananaquit was split into three different species and these sub-species are not yet widely recognized by the people. Mostly, these active nectarivores are found in the warmer parts of America and they are most commonly found in the tropical & subtropical forest edge, woodland, and gardens. The length of the bird is about 10 to 13 cm and the weight will be in the range of 5.5 to 19 g. The upper part of Bananaquit will be in dark grey and black crown in color at the side of its head. Then it has white eyestripe, grey throat, a white vent, and the chest, belly, & rump are in Yellow color.

The researchers have currently found that it has 41 recognized subspecies that come under the family Thraupidae (Coereba flaveola). Here is the list of the 41 sub-species of this bird.

The cost of this species has not been mentioned yet.

200 Strangest Animals in the World You Shouldn’t See