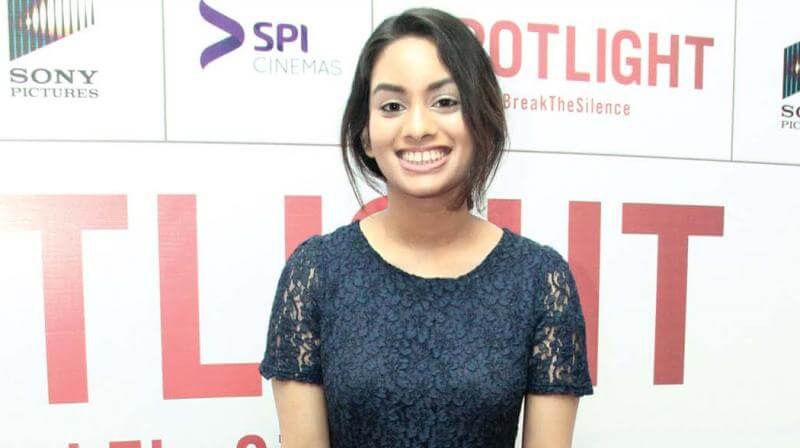 Dhee (singer) aka Dheekshitha Venkadeshan is an upcoming Indian Playback singer, who works in Tamil Film Industry. She made her debut Tamil song Disco Woman for the movie Pizza II: Villa, which was composed by Santhosh Narayanan in 2013. Moreover, she has sung songs for her step-father Santhosh Narayanan albums and was nominated for the Filmfare Awards for the Best Singer. Dhee’s latest release Enjoy Enjaami was a chartbuster hit. The song was composed by Santhosh Narayanan and the lyrics were written by her best friend Arivu. Enjoy Enjaami song was released on AR Rahman’s Maajja youtube channel.

Dhee was born on 26 June 1998 in Sydney, Australia. Dhee’s father Santhosh Narayanan is a famous Indian Music Director and her mother Meenakshi Iyer is an Indian classical singer. Dhee was born to Meenakshi Iyer who later remarried Santhosh Narayanan. She did her schooling at Northmead High School, Australia and her graduation details will be updated soon. She has an elder brother named Sudheekshanan.

Dheekshitha Venkadeshan started her career by singing songs in Santhosh Narayanan albums like Pizza II: Villa and Cuckoo by taking breaks from her education. With that, she got a breakthrough from the song “Naan Nee”, along with Shakthisree Gopalan in the Pa. Ranjith directed movie Madras. For this song, she got nominated for Best Female Singer at the Filmfare Awards and the Vijay Awards. Then Dheekshitha received critical acclaim for the songs “Ey Sandakaara” and “Usuru Narumbuley” in the movie Irudhi Suttru for Ritika Singh which was directed by Sudha Kongara Prasad in the year 2016.

In 2018, her song Rowdy Baby in Maari 2 composed by Yuvan Shankar Raja has got more than 362 Million views (as of April 2019) making it as the mostly viewed Tamil music video of all time.

Check out the latest photos of Singer Dhee,