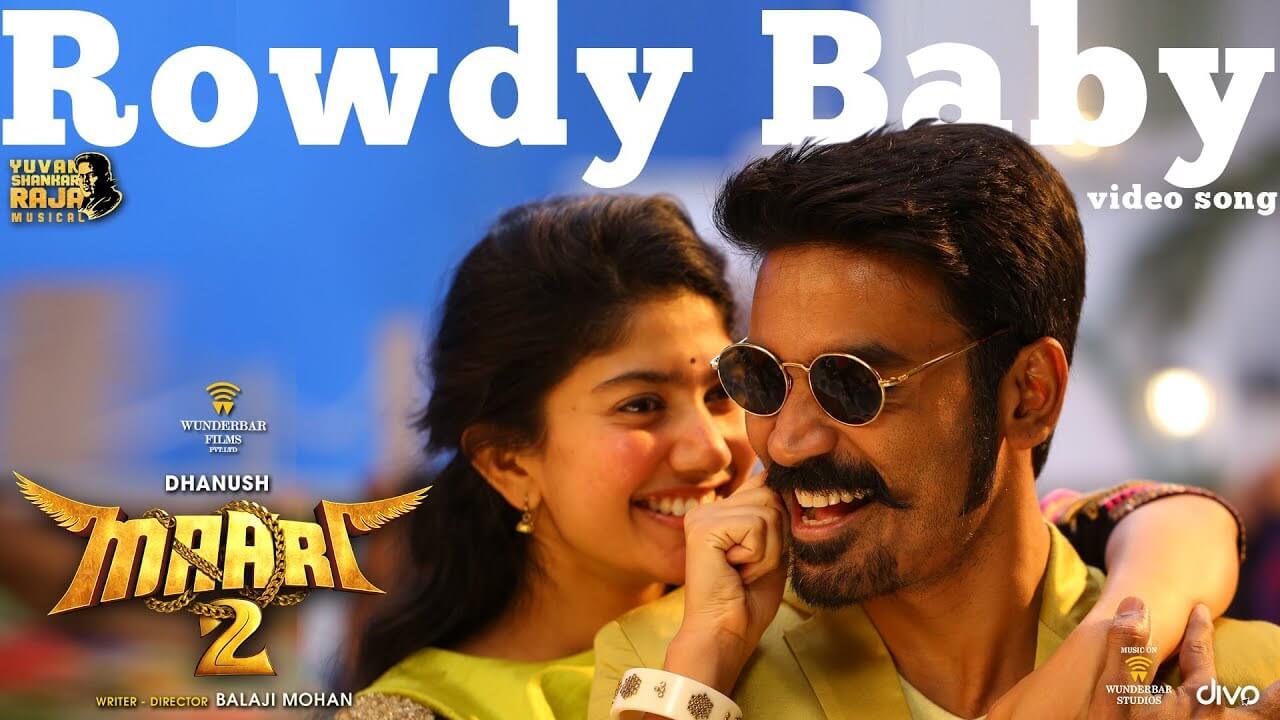 Maari 2 is an upcoming Tamil movie written and directed by Balaji Mohan. The film features Dhanush and Sai Pallavi in lead roles along with Krishna Kulasekaran, Tovino Thomas, Varalaxmi Sarathkumar, Vidya Pradeep, Aranthangi Nisha and Robo Shankar in the supporting roles. Said to be a sequel to Maari (Tamil gangster film released in 2015), Yuvan Shankar Raja composes the music for Maari 2. Om Prakash is the cinematographer and GK Prasanna is the editor for this movie.

Now, the team had released the Rowdy Baby video song from the film. Catch the video here,