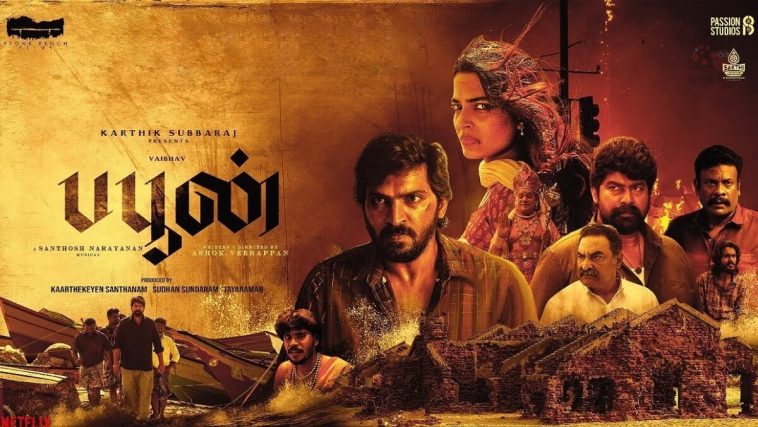 Buffoon is the latest Tamil movie starring Vaibhav in the lead role. Directed by debutant Ashok Veerappan. Kaarthekeyen Santhanam and Sudhan Sundaram in association with Jayaram produced this movie under Stone Bench Films and Passion Studios banner. Anagha plays the female lead role in the film. Santhosh Narayanan composed the songs and background scores. Raja Gurusamy, Muthamizh Uma Devi, and Durai penned the lyrics. Dinesh Purushothaman filmed the movie while Vetre Krishnan edited it. The film is set to release in theaters on September 23, 2022.

The film might be related to the corrupted politician forcing innocent theater artists to do his bitting. During the job, the protagonist (Vaibhav) was captured by cops. What will happen, will he be released from all charges or will he be jailed for the crimes that he was forced to commit is the main crux of the film.

Here is the main cast list of Buffoon Tamil movie,

Here is the movie poster of Buffoon,