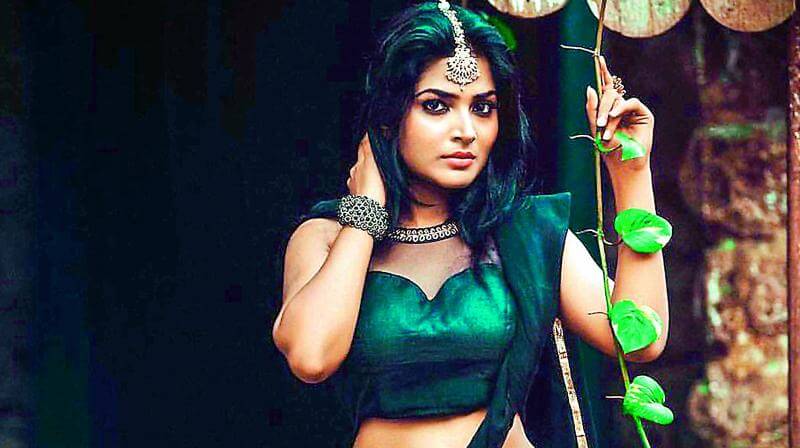 Anagha Maruthora is an Indian actress, who primarily works in the Mollywood film industry. She made her acting debut with the Malayalam movie “Rakshadhikari Baijui,” (2017) directed by Ranjan Pramod. Anagha stepped into the Kollywood industry through the sports drama film Natpe Thunai. She did a lead role in Telugu flick Guna 369 alongside Karthikeya Gummakonda.

Anagha LK was born in Kavilumpara, Moilothara, Kozhikode. Her family is now residing in Kavilumpara, Moilothara, Kozhikode. Her father’s name is Kuttikrishnan and her mother’s name is Leela and both were retired teachers. She has a sister named Manju. Anagha completed her schooling at Sree Gokulam Public School, Calicut and Sri Sathya Sai Vidyapeeth, Srisailam, Calicut.

Anagha LK finished her graduation in B.Tech at the College of Engineering, Chengannur (CEC) and completed her M.Tech in Electronics & Design Technology at National Institute of Electronics and Information Technology (NIELIT), Calicut.

Moreover, she is a well trained classical dancer who won many prizes for her stage performances.

Anagha started her acting career in the year 2017 with the Malayalam movie “Rakshadhikari Baijui,” along with Biju Menon and Aju Varghese. After the success of the movie, she made her Tamil debut with Parthiban Desingu’s movie “Natpe Thunai,” along with Hiphop Tamizha.

Check out the latest photos of actress Anagha LK Maruthora,