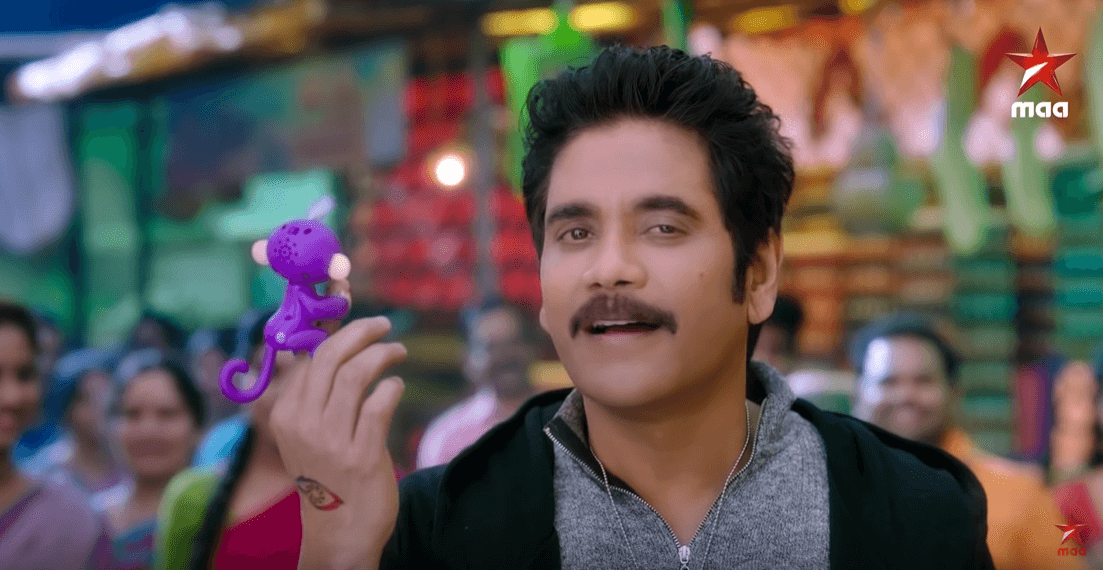 The show kick-started from 21 June 2019 and will be aired on Star Maa Television on weekdays at 9.30 PM and on weekends at 9.00 PM. After Jr. NTR & Natural Star Nani, King Akkineni Nagarjuna is set to host the third season.

The show features 16 contestants inside a house involving various tasks and eliminations based on the voting process like the previous seasons. Viewers can cast votes to save their favourite contestants. Watch the below space for Bigg Boss Telugu Vote Season 3, Contestant Details, Eliminations Details and results today.

Here is the confirmed list of Bigg Boss Telugu 3 contestants and their status.

Disclaimer: The below poll is not official and it won’t affect the official public voting. This Bigg Boss Telugu Voting Poll is completely to know who is people’s favourite. Bigg Boss Telugu 3 Week 1 Nominations List.

Viewers can save their favourite Bigg Boss contestant by casting their votes online. Bigg Boss Telugu Fans have to search “Star Maa Bigg Boss Telugu Voting” on Google and this time the makers have also set the poll on Hotstar. So people can also vote online through Hotstar app. The 2nd season of Bigg Boss Telugu invited common peoples for the first time into the decorative house and it is expected same for the upcoming season. In Bigg Boss show, the housemates nominate a participant at the beginning of the week for the eviction process. The Bigg Boss Telugu Season 3 promises to be even more entertaining and exciting than the previous seasons. Bigg Boss Telugu Vote 2019, Bigg Boss Vote Telugu can also be used as a voting keyword in Google.

There are two methods by which the viewers can cast votes for their favourite participant one is a Bigg Boss Online Voting and other is by Missed Call Voting. The Contestants who fail in convincing the audience may eliminate from the show. The two methods of voting are,

There are two ways to save your favourite Bigg Boss Telugu contestants,

How to Vote Star Maa Bigg Boss Vote via Hotstar

For your queries on “How to Vote for Bigg Boss Telugu?” below are the answers:

Telugu Bigg Boss 3 Vote: Also, the missed call voting can be done with the Missed Call Numbers provided for each contestant. To vote for your favourite contestant in Bigg Boss, just give a missed call to the below mentioned mobile number. A maximum of 10 calls per number is counted for a week and the calls after that will not be considered for voting.

Once the contestant list is out, A dedicated number will be assigned for each contestant. You can vote for your favourite contestant by giving a missed call to the number.

In the Hotstar website or application, you will see the Vote button below the latest video when the Bigg Boss Telugu show is being telecasted. With that feature, you can vote to save your favourite Bigg Boss contestant in the Hotstar Web or Hotstar App.

The Bigg Boss Telugu Vote Result of the elimination process will be announced during the weekend of the show by the host Nagarjuna Akkineni. The result announcement is directly told to the Bigg Boss contestants by the host through the video, fondly called as Mana TV by the Nagarjuna. After the result has been announced, the person who receives lesser votes will be sent out.

In the final week of Bigg Boss, the channel Star Maa Television will display the live vote count of individual contestants. The Bigg Boss Telugu vote counts will be clearly shown in intervals in Star Maa channel at the bottom of the screen.

The Bigg Boss Vote Telugu Result of the elimination process will be announced during the weekend of the show by the host Akkineni Nagarjuna. The result announcement is directly told to the Bigg Boss contestants by the host through the video. After the result has been announced, the person who receives lesser votes have to come out of the decorative house. Check out here for all the information like Bigg Boss Vote Telugu Season 3, Bigg Boss Telugu 3 Eliminations, and Bigg Boss Telugu Vote Count.

The nomination will take place on the first day in the house and the elimination will happen on its first weekend. The Bigg Boss Telugu elimination details will be updated on a weekly basis.

Varun Sandesh is a popular actor, who is well known for his work in Telugu film and television industry. He has appeared in many Telugu movies like Happy Days, Mama Manchu Alludu Kanchu, Lava Kusa, Udayam, Twist and more. On 7 December 2015, Varun Sandesh got engaged with Vithika Sheru and they both got married on 19 August 2016.

Vithika Sheru is a model-turned-actress from Hyderabad. She has acted in movies like Anthu Inthu Preethi Banthu, Jhummandi Naadam, Prema Ishq Kaadhal, Paddanandi Premalo Mari, Mahabalipuram, and more. She got married to actor Varun Sandesh in 19 August 2016. The two acted together in the film Paddanandi Premalo Mari and Varun-Vithika will be the first celebrity couple in the Bigg Boss Telugu show.

Savitri (Shiva Jyothi) is a famous TV anchor who became a household name with her show ‘Teenmaar’ on V6 Telugu news channel. In spite of being a nurse by degree, she decided to work in the media field.

Himaja Mallireddy is a young actress who has worked in both Telugu film and television industry. She has acted in movies like Nenu Sailaja, Suchitra, Mahanubhavudu, Sathamanam Bhavati, Spyder, Vunnadhi Okate Zindagi, Vinaya Vidheya Rama and more. Her daily soaps include Koncham Ishtam Koncham Kashtam and Swayamvaram.

Jaffar Babu is an anchor and editor in TV9 channel. His controversial interviews often went viral on social media. He is one of the most trolled journalists in social media. He has also acted in the movie titled Verenna Vendum.

Ravi Krishna is a promising actor from Vijayawada. His popular Telugu serials are Bavamaradallu, That is Mahalakshmi and Sundarakanda. He has also appeared as a contestant of famous dance show Dance Jodi Dance. He is one of the nominated contestants in Hyderabad Times Most Desirable Men on Television 2018.

Mahesh Vitta from Proddatur is famous for his comedy series Fun Bucket. He has appeared in many Telugu films like Sidekick. He has also seen in Telugu TV show Jabardasth.

Rohini Noni is a popular serial actress who works in Telugu television industry. After completing her engineering studies, she appeared in a game show which was aired on Doordarshan. She also aspires to be a popular comedian.

Sreemukhi is a well-known actress who has worked in Telugu film and television industry. She has hosted some popular TV shows like Pataas and Sa Re Ga Ma Pa. She made her appearance in Telugu films like Julayi, Nenu Sailaja and Gentleman. She also enjoys a great fan following on social media.

Ashu Reddy is a social celebrity who is well known for her Tik Tok videos. She got fame when she acts with anchor Pradeep Machiraju. She has huge followers on her Instagram account. She made her acting debut with the romantic comedy Telugu movie Chal Mohan Ranga directed by Krishna Chaitanya.

Baba Bhaskar is choreographer-turned-filmmaker from Tamil Nadu. He has worked in many Telugu, Tamil, Malayalam films. He became a household name for the telly audience after he judges the dance reality series Dhee. He made his debut movie Kotha Bangaru Lokam as a Choreographer which is a Telugu movie. His work in the Tamil movie Kedi offers him great recognition. He made his directorial debut movie Kuppatthu Raja with GV Prakash and Palak Lalwani as the lead pair.

Rahul Sipligunj is a songwriter, playback singer and independent musician, who predominantly works in Telugu film industry. He is famous for his Telugu folk song Magajaathi. He made his debut song for the movie Josh in the year 2009. His works in movies like Chal Mohan Ranga (2018), RX 100 (2018) and Rangasthalam (2018) gained him more popularity.

Tamanna Simhadri is a model and politician. She is the first trans woman who contested Andhra Assembly Elections 2019 from Mangalagiri constituency. She is Miss Transgender Mumbai in 2010 and she was also active during the #MeToo moment in Tollywood Industry.

On World Television, Bigg Boss is one of the most viewed popular show. Endemol in the Netherlands had first developed this game show. Within a span of 11 years of the telecast, Bigg Boss has successfully rolled out 10 Seasons and one spin-off version thus establishing itself as one of the most popular reality TV Series in India. Bigg Boss is the Indian version of the international series Big Brother.

Siva Balaji emerged as the Winner of Star Maa Bigg Boss Telugu Season 1, hosted by none other than Jr NTR. He has been loved by the audience as a host and announced the winner on the basis of the votes the contestant received in the grand finale of the Season 1.

A complete list of Bigg Boss Telugu rules and regulations is given below.