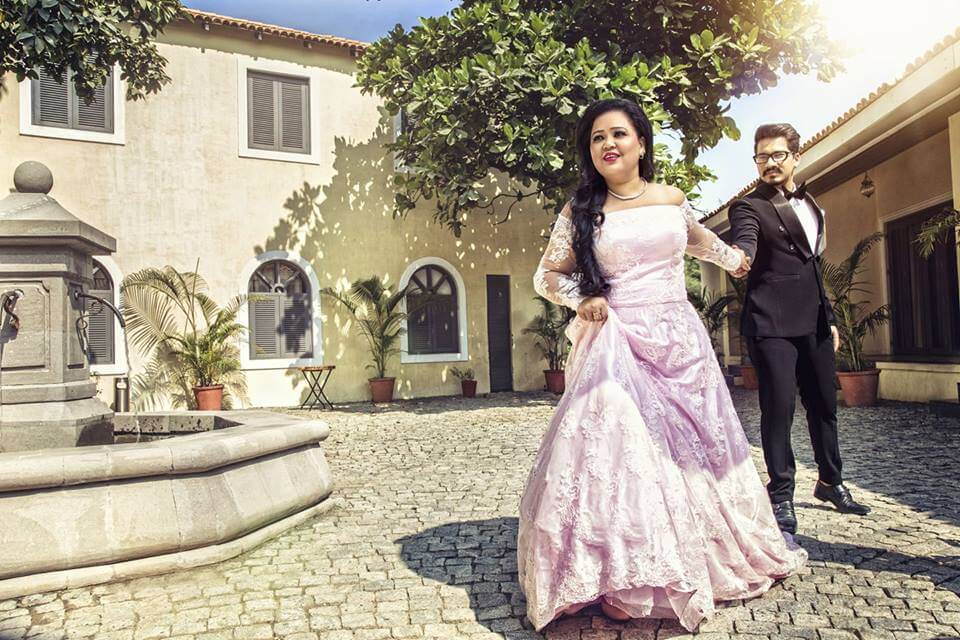 Bharti Singh is an Indian stand-up comedian and an Indian actress. Moreover, she is the wife of famous Bollywood television writer Haarsh Limbachiyaa. She made her debut Punjabi movie Ek Noor in the year 2011. Then in the year 2008, she appeared in a TV reality show The Great Indian Laughter Challenge as a contestant and she was a second runner-up of stand-up comedy which is held on STAR One. Check out below for Bharti Singh (Haarsh Limbachiyaa Wife) Wiki, Biography, Age, TV Shows, Images and more.

Bharti Singh was born on 3 July 1984, in Amritsar, Punjab, India. Bharti Singh family is now residing in Amritsar, Punjab, India. Her father name will be updated soon and her mother name is Kamla Singh. She did her schooling in a Government school, Amritsar, Punjab and she made her graduation in Punjab Technical University, Punjab. After her graduation, she appeared as a contestant in The Great Indian Laughter Challenge in the year 2008 and in the reality show and grabbed the second place. Then she appeared in a various television reality show as a contestant, host and guest. She is also an actress in Punjabi and Hindi film industry, she appeared in various movies like Ek Noor (Punjabi), Yamle Jatt Yamle (Punjabi), Khiladi 786 Hindi, (Punjabi), Jatt & Juliet 2 (Punjabi), Rangan Style (Kannada), Mundyan to bach ke Rahi (Punjabi), Sanam Re (Hindi). Bharti Singh has got married to famous Television writer and actor Haarsh Limbachiyaa. Apart from a standup comedian, she is a very good and nationally ranked pistol shooter and archery.