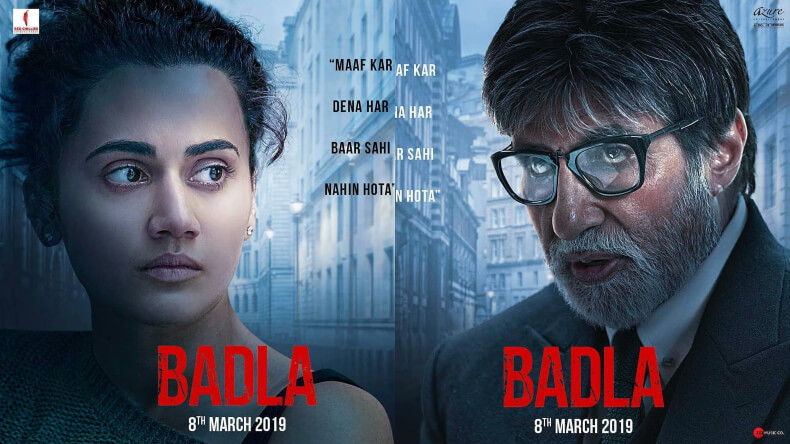 Badla is an Hindi revenge film directed by Sujoy Ghosh. Jointly produced by Gauri Khan, Sunir Khetarpal, Akshai Puri, Badla stars Amitabh Bachchan and Taapsee Pannu. The film is the official remake of 2016 Spanish thriller film Contratiempo. Music directors Anupam Roy, Clinton Cerejo, Sachin Gupta has jointly composed the songs and background score for this movie. Abhik Mukhopadhyay is the cinematographer and Namrata Rao is the editor for this movie. The film was slated to release on 8 March 2019.