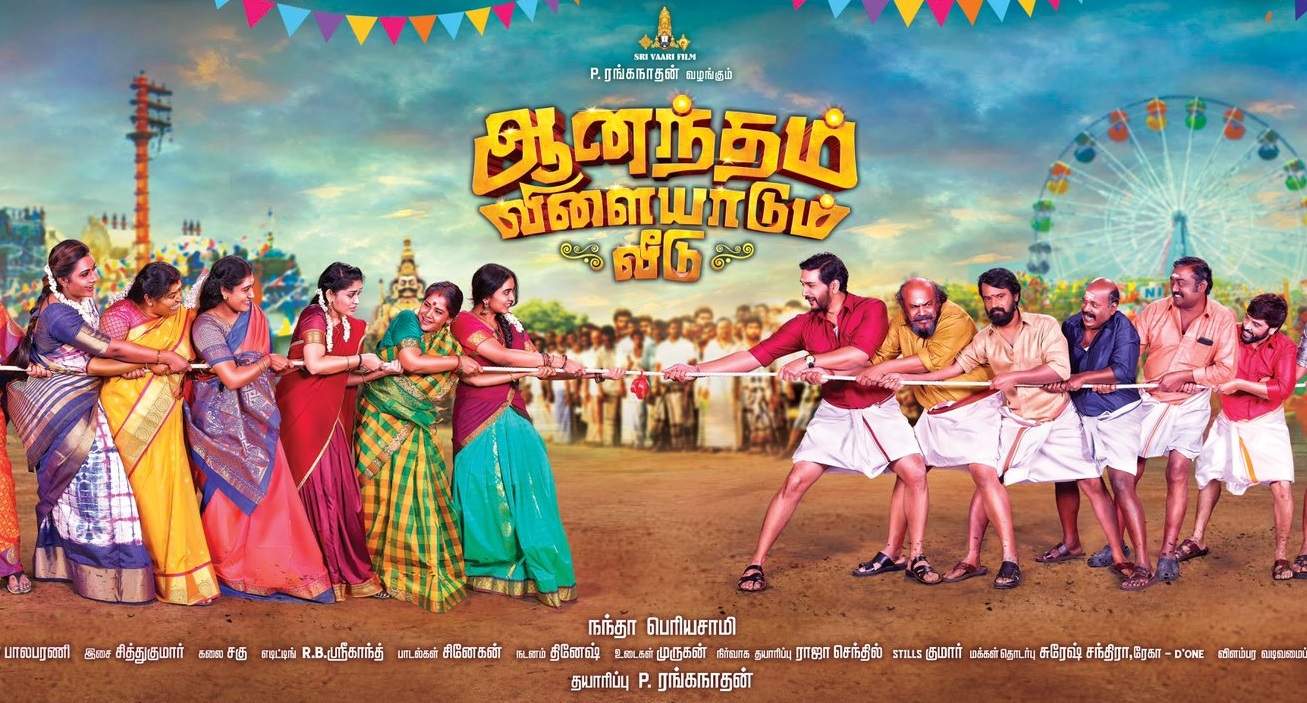 Anandham Vilayadum Veedu is a Tamil language family drama featuring Gautham Karthik, Cheran, and Shivathmika Rajashekar in pivotal roles. The film was helmed by Nandha Periyasamy of Maathi Yosi and Oru Kalluriyin Kathai fame. The film is based on a village carnival backdrop where Gautham plays the role of Shakthi who brings a separated family together. The makers released the first look poster of the film featuring mani casts playing a rope pulling in a temple festival. ZEE network bags the streaming rights for the film.

Check out the cast and crew details of Anandham Vilayadum Veedu film,