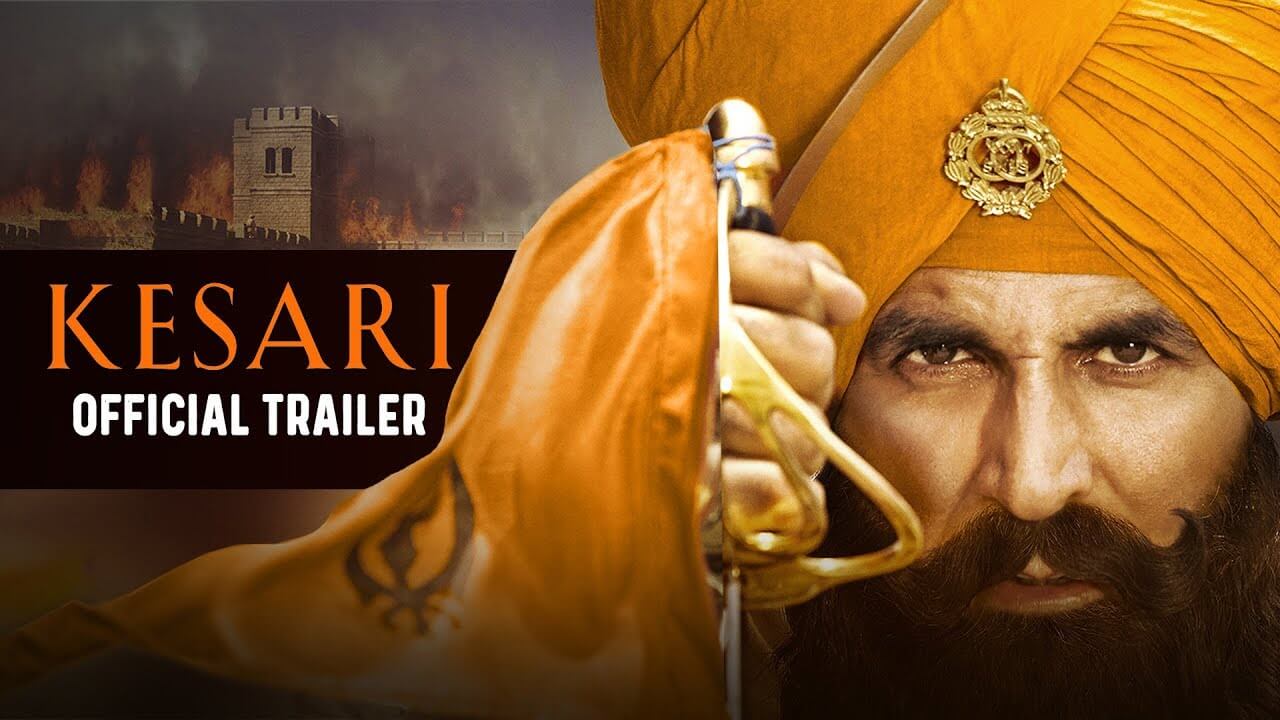 The much awaited Akshay Kumar‘s Kesari Trailer is out now. The film was co-written and directed by Anurag Singh. Jointly produced by Karan Johar, Aruna Bhatia, Hiroo Yash Johar, Apoorva Mehta, and Sunir Kheterpal, Kesari movie also stars Parineeti Chopra, Mir Sarwar in the key roles. The movie reveals the story of Havildar Ishar Singh, who participated in the Battle of Saragarhi (the battle where an army of 21 Sikhs fought against 10,000 Afghans in 1897).  Jatinder Shah composed the music for this period war drama. The movie slated to be release on 21 March 2019. Now the team had released the trailer of this magnus opus.