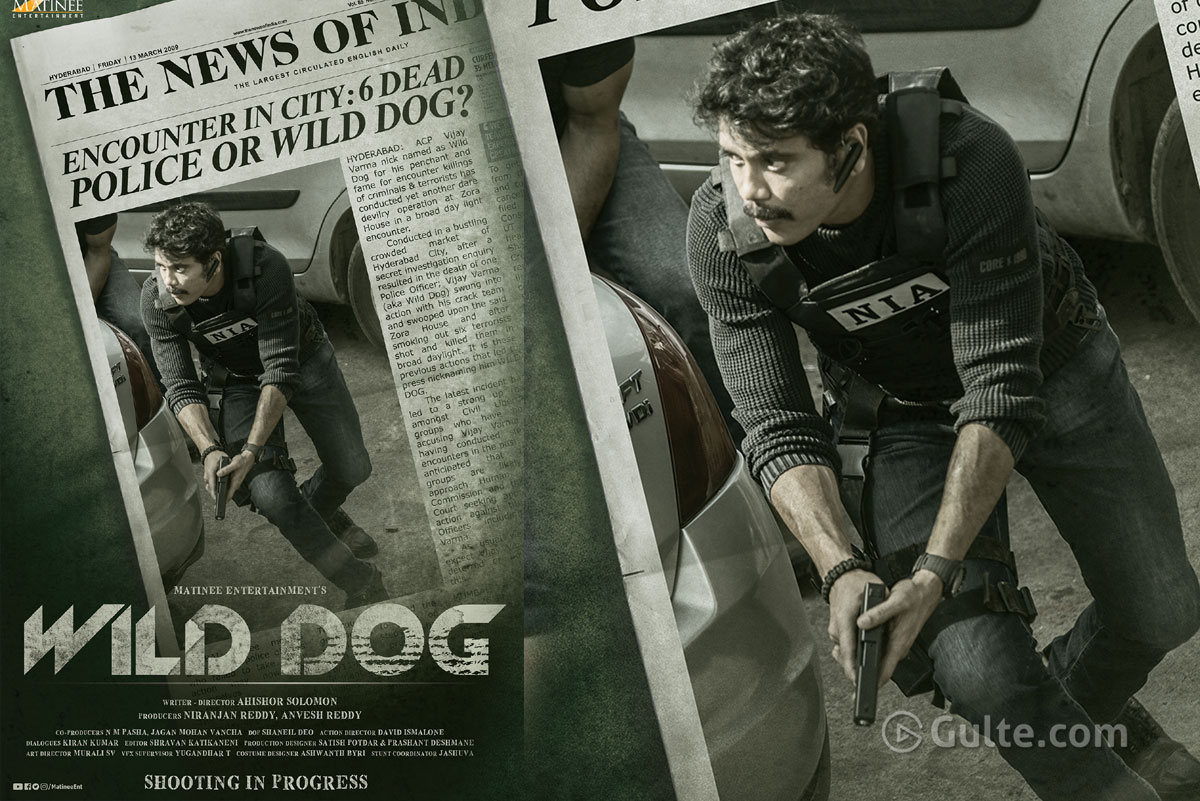 Wild Dog is an upcoming movie starring Tollywood superstar Akkineni Nagarjuna in the lead role. Said to be based on true incidents, Nagarjuna plays an NIA officer role named ACP Vijay Varma in this cop thriller movie. The film was directed by Ahishor Solomon and jointly produced by Niranjan Reddy, Anvesh Reddy under the banner Matinee Entertainments.

According to reports, the first schedule of the film is already wrapped up. The first look poster released by the Nagarjuna features himself in a News Paper writing “Encounter in City: 6 Dead (Police or Wild Dog)” which looks promising and interesting. The poster also adds that ACP Vijay Kumar nicknamed as Wild Dog for his penchant and fame for encounter killings of criminals and terrorists has conducted yet another daredevilry operation at Zora house in a broad daylight encounter.

Here is a official poster of Nagarjuna’s Wild Dog,