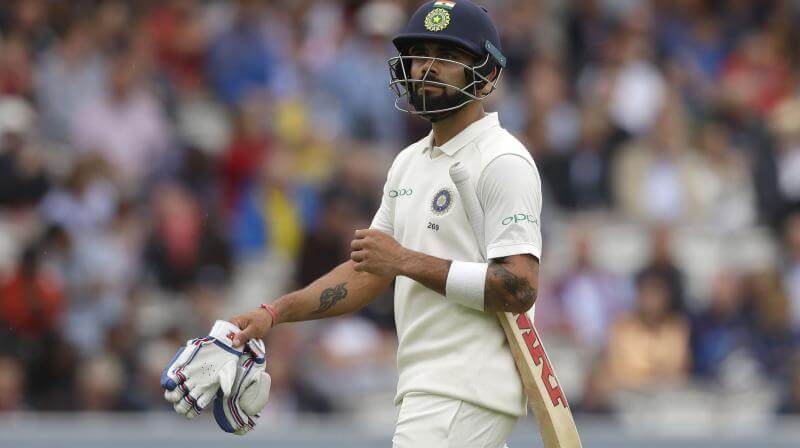 Indian Cricket Team captain, Virat Kohli lost his No.1 spot in ICC Test rankings for batsman after scoring just 23 and 17 in India’s embarrassing defeat to England at Lord’s. Virat Kohli had taken the top spot last week after smashing 149 and 51 in the 1st test of the five-match series at Edgbaston. Now, Virat Kohli has slipped back to the 2nd spot with 919 points after low scores at Lord’s match. He was the first Indian batsman to reach the number one Test ranking for the batsman since Sachin Tendulkar in 2011.

Steve Smith, Former Australian Skipper who currently serving a one-year ban over his role in the ball-tampering scandal has moved back to the top of ranking with the 929 points. Meanwhile, James Anderson has broken the 900-point barrier for the 1st time in his career and ranked at the top of at the top of ICC Test rankings for bowlers with 909 rating points, followed by South Africa’s Kagiso Rabada with 882 points.