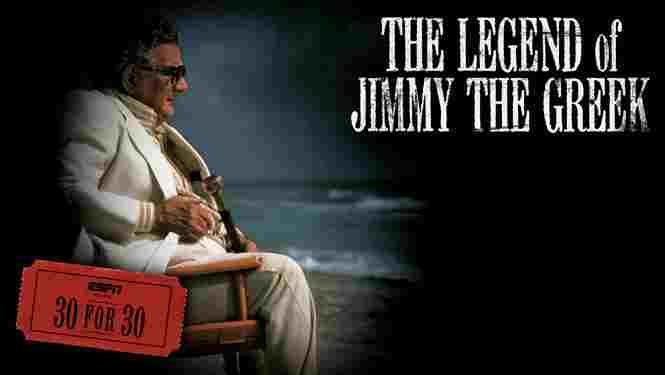 Why not watch a somber documentary to satisfy your need for drama if you are taking a brief ’vacation’ from making sports bets at betting sites in Namibia? Here are the top seven sports betting documentary pieces to keep you amused while giving you a behind-the-scenes look at the industry.

You may learn a great deal about betting techniques from these movies. However, you can also avoid making a lot of mistakes! Here are some of our all-time favorite sports betting documentaries. We have also provided links to where you can see (or purchase, if some are not openly published) some of these since they may be a little difficult to discover. Here we do not talk about sports betting movies, which are intended for those seeking a lighter amusement. The films we suggest are tied to real-life, actual gambling issues…

The New York Times and the PBS investigative program Frontline collaborated to give viewers a glimpse into the shadowy online world of sports betting. The growth of fantasy sports was a particular emphasis of the series.

The one-hour show, first broadcast in February 2016, explains how a flaw in the Unlawful Internet Gambling Enforcement Act of 2006 led to the multibillion-dollar fantasy sports betting market. “The Fantasy Sports Gamble“ concentrates on the negative aspects of fantasy sports betting and includes in-depth interviews with gamblers, regulators, and prosecutors.

James George Snyder, Sr. (aka Jimmy the Greek), a renowned sports analyst and a bookie from Las Vegas, was the subject of this 2009 documentary.

Jimmy was well-known for his 12 years on “The NFL Today“ show, where he predicted the outcomes of NFL games, while he was often well for his gambling exploits at a period when sports betting was more frowned upon.

Phyllis George, Brent Musburger, and Irv Cross from The NFL Today are just a few of the sportscasters who provide commentary for ESPN’s “30 for 30“ documentary.

Life on the Line

Some of the most illustrious figures in sports betting are featured in the 2013 film Life on the Line. Erin Rynning and Teddy Covers, two seasoned Vegas gamblers, share their experience. Additionally, Jay Kornegay, the oddsmaker for the former “Hilton Las Vegas Hotel“, and well-known local sports radio talk show presenters Ken Thompson and Brian Blessing (to name a few!) make appearances.

In the weeks leading up to the Super Bowl, the 52-minute documentary offers viewers privileged access to the traditionally closed realm of a “Westgate Las Vegas“ hotel’s “SuperBook“.

Now Place Your Bets: “The History of Sports Betting in America“

The advent of regulated sports wagering in Las Vegas and how it developed into the multibillion-dollar business it is today are the subjects of this 2017 documentary. “Now Place Your Bets“ provides detailed information on the past, present, and prospects of gambling in Las Vegas via in-depth interviews and first-hand stories.

It includes numerous specialists and experts in sports betting from all facets of the market. Numerous enlightening interviews with oddsmakers, bookmakers, seasoned gamblers, sports writers, and others are available. This covers all you need to get a thorough understanding of the motives, obsessions, and daily lives of professional gamblers.

The Best of It

Ken “The Shrink“ Weitzner, Alan “Boston“ Dvorkis, Lem Banker, and Alan “Dink“ Denkenson are four professional gamblers whose lives are examined in “The Best of It.“

The Scott Pearson Eberly documentary, which was released in 2016, centers mostly on the 2010 NCAA basketball tournament and tracks the highs and lows of these four professionals’ March Madness wagering.

Even for the most experienced gamblers, the documentary provides an honest look into the world of professional bettors, which may be unpredictable and harsh. In fact, Weitzner and his wife Jackie committed themselves a short time after being featured in the movie; they had supposedly suffered substantial losses throughout March Madness.

Billy Walters is regarded as the most prosperous gambler Las Vegas has ever seen and is known as “The Godfather of Las Vegas Sports Betting“. This “60 Minutes“ interview from 2011 with Lara Logan offers unique insight into a well-known recluse.

According to legend, Walters has never lost a whole year of sports betting without winning (Walters once won $1 million on a golf outing and £3.5 million on a Super Bowl wager). There are definitely some things you might pick up from this man!

Soccer is the world’s most bet-on sport due to its widespread popularity and large betting fan base. Around €200 billion is the average annual estimate on a global scale.

In the documentary, it is explained how bribes are used to alter games and influence referees, players, goalies, and coaches. It provides an intriguing look into how the Asian, European, and American gambling mafia and criminal organizations gangs manage and infiltrate soccer at all levels, from lower divisions to the Champions League, and make millions of dollars.

Has your preferred sports betting documentary been missed? Inform us!