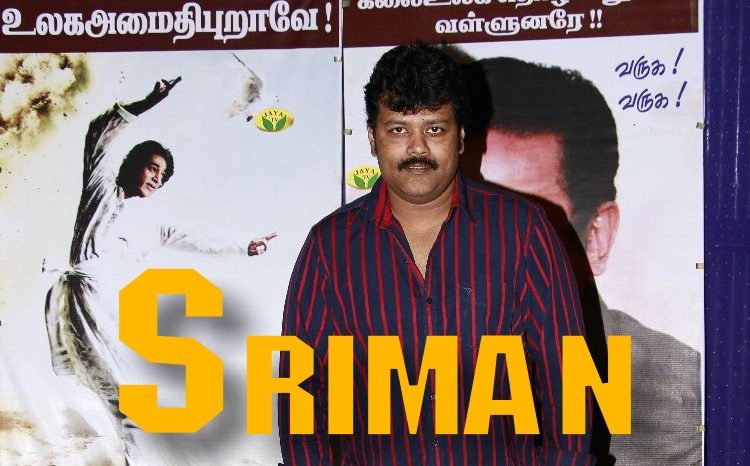 Sriman is an Indian actor, who is a character artist who works in the Tamil and Telugu film industry. He made his debut movie Bangara Manushulu which is a Telugu movie in this movie he appeared as a child artist in the year 1975. Then he made his Tamil debut movie Pudhiya Mannargal in the year 1994. Now he is working on the movie Viswasam and Kanchana 3. He was last seen in the movie Naai Sekar starring Sathish and Pavithra in the lead role. His recent collage photo with the Panchathanthiram team is going viral on the internet.

He is a dancer, assistant dance director, and production Executive in his brother’s company later he started his own production company and produced nearly 24 Telugu and Kannada films and his mother’s name is Jaya Lakshmi. He started his acting career at the age of Three and he also learned Bharathanatyam from dance masters Vasantha mam, and he also learned film dancing from Sivashankar, Kala, and Raghu. He was brought up in a very strong film background, once he completed his college studies he again started his acting career in the Telugu movie Dongalunnaru Jagartha. Then he was spotted by director Vikarman and he offered him a supporting in the movie Pudhiya Mannargal.

Check out the latest photos of Sriman,