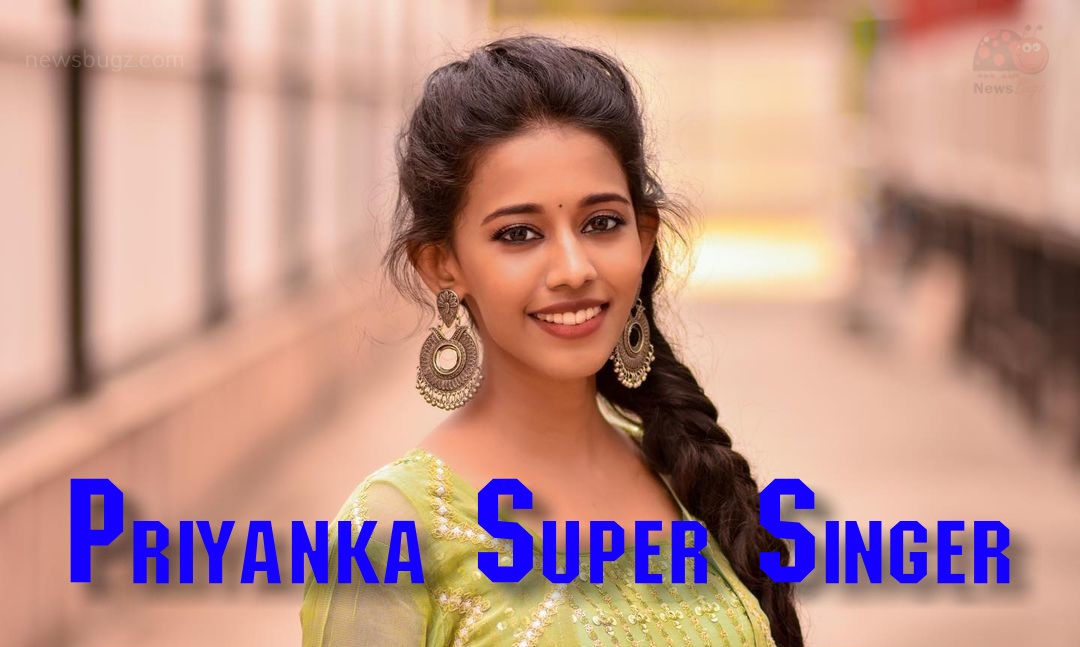 Priyanka NK is a singer who has a huge fan base for her lovely voice. She participated in the Super Singer Juniors Season 2 where she traveled till the semi-finals of the show. She is popularly known as Super Singer Priyanka or Priyanka Super Singer. Her songs have been heard more than a million times on YouTube and other social media. She is quiet and calm in nature.

Priyanka Super Singer was a semifinalist of the Super Singer Show where she won many hearts with her voice. She also participated in another reality show on Vijay TV named Super Singer T20 and won the Orange Cap of the show. Orange Cap indicates Top Performer of the Season. She was also awarded the Favorite Female Singer of the year 2017 at the Vijay Television Awards conducted by Vijay TV. Priyanka recently got paid Rs 1 crore for one of her song Chinna Chinna Vanna Quil, which is also her most popular among the audience.

Priyanka’s voice is always pleasant and it makes the listener’s heart lite. She is famous for singing a song named “Chinna Chinna Vanna kuyil” which has hit millions of views on YouTube and other social media. Priyanka Super Singer Songs in the movies are listed below:

Super Singer Priyanka Videos are very famous as her voice is pleasant for the listeners. Here is a video which is gone viral, especially for her voice:

Take a look at the recent photos of Priyanka Super Singer,