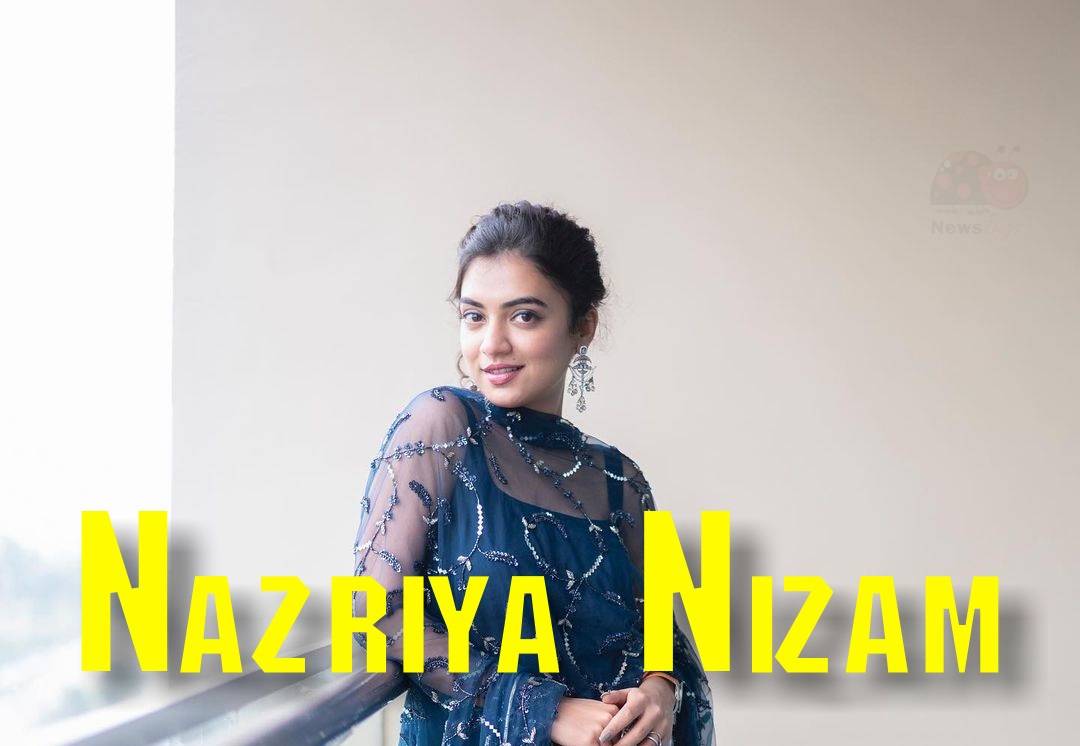 Nazriya Nazim is an Indian actress as well as she is a producer, who predominantly appears in Malayalam and Tamil film industries. She made her debut Malayalam movie Palunku in this movie she appeared as a child artist in the year 2006 and in the year 2013 she appeared in the movie Maad Dad this her debut movie as an actress in the lead role. Then in the year 2004, she made her debut television show Punyamasathiloode. She became a recent internet sensation for her upcoming movie Ante Sundaraniki, which will be released in three different languages Tamil, Telugu, and Malayalam.

She started her career as an anchor on a Malayalam television channel named Asianet, with that, she is also a child artist as well. then in the year 2006, she appeared as a lead actress in the Malayalam movie Maad Dad. Then she started her career in the Tamil film industry in the year 2013 with the movie Neram. Then in the year, 2014 Malayalam movie actor Fahadh Faasil announced that she is going to marry Nazriya Nazim. Then they got engaged in February 2014 and they got married on 21 August 2014 in Thiruvananthapuram.

Check out the latest photos of Nazriya Nazim,