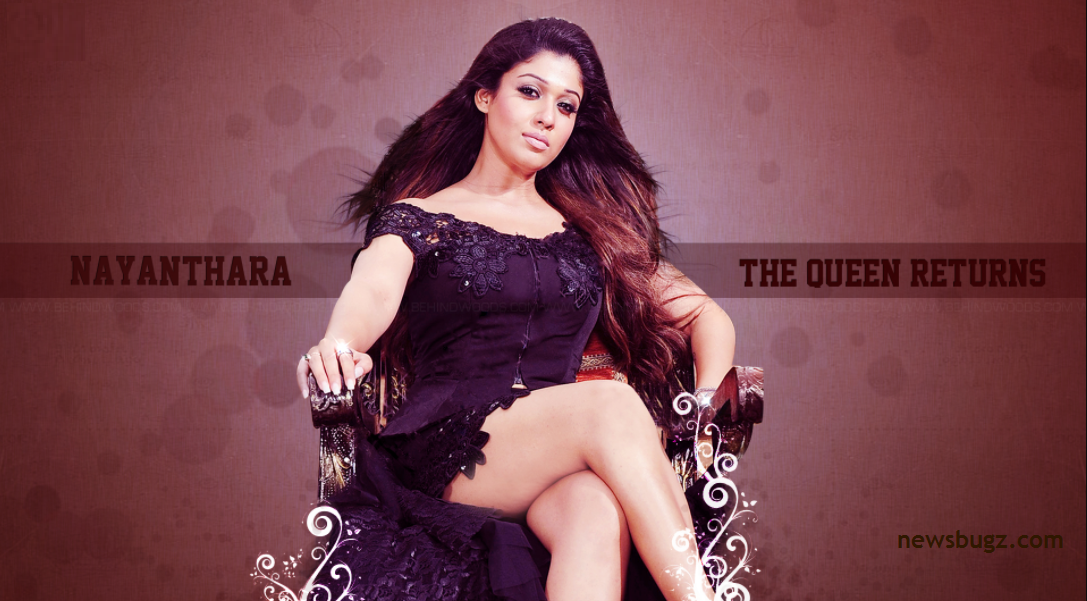 Nayanthara is an Indian film actress and former Fashion Model who mainly appears in Tamil films and predominantly appears in other South Indian movies. She was also known by her childhood name Diana Mariam Kurian. In 2003, Nayanthara made her acting debut with Jayaram in the Malayalam film Manassinakkare. She made an entry into Tamil cinema with the film Ayya in 2005. In 2006, She entered Telugu film industry in the film Lakshmi. At present, Nayanthara established herself as one of the leading & commercial successful actress in South Indian Film Industry. Check out below for Nayanthara Wiki, Biography, Age, Husband, Movies, Awards, Images and More.

Nayanthara was born on 18 November 1984 in Bengaluru, Karnataka, India. She comes from a Malayali Jacobite Syrian Orthodox Christian family. Her parents Kurian Kodiyattu and Omana Kurian hail from the aristocratic Kodiyatt family from Tiruvalla, Kerala. She has one brother Leno Kurian who hails from Dubai, United Arab Emirates.

Her Father Kurian Kodiyattu served as an Indian Air Force official. Because of her fathers’ transfer, Nayanthara did her schoolings from various parts of North India which includes Jamnagar, Gujarat and Delhi. She completed her schooling in Tiruvalla at Balikamadom Girls Higher Secondary School. She then graduated with bachelor’s degree in English Literature from Marthoma College, Thiruvalla.

In 2003, Director Sathyan Anthikkad spotted Nayanthara after seeing some of her modelling assignments. He approached her to play a pivotal role in his film Manassinakkare. But Nayanthara was not interested in films and she turned down the offer initially. Later, she agreed to do just that one film. However, the film Manassinakkare received more applauds and it becomes a high financial success. After a huge success, she receives more acting offers. In 2004, She acted in the film Natturajavu by Shaji Kailas, and Fazil’s psychological thriller Vismayathumbathu with Mohanlal.

Nayanthara subsequently started appearing in Tamil and Telugu films. In 2005, she made her Tamil debut in the film Ayya co-starring alongside Sarath Kumar. While still shooting for this film, she was cast in another Tamil comedy horror film Chandramukhi, after its director, P. Vasu’s wife had seen her in the film Manassinakkare and recommended her. The film ran for over 800 days in theatres, eventually turning Nayanthara into one of the most-sought after actresses in Tamil. Later that year, she appeared in AR Murugadoss’ Ghajini, which also became a major commercial success.

In 2006, She made her debut in Telugu, starring in the film Lakshmi, Boss, I Love You. In the same year, she enacted the lead role in the film like Vallavan, Thalaimagan and E were released simultaneously during Deepavali Festival.

In 2007, She regained her throne in Kollywood acting in the Vishnuvardhan’s gangster film Billa. Her next movie Yaaradi Nee Mohini was a stupendous success in 2008 and in the same year, she had four releases including Kuselan, Satyam, Villu and Aegan. In 2009 she acted in K S Ravikumar’s Aadhavan co-starred alongside Surya.

While shooting for her Tamil film Vallavan, she was romantically linked with the film’s director and co-actor Silambarasan Rajendar. She initially denied the reports and later she has broken up with Silambarasan and confirmed that she will not work with him again. Nayanthara started dating actor-director Prabhu Deva in 2008.

She had tattooed his name on her wrist and began appearing with him in public, while keeping silence and refusing to comment about the issue, neither denying nor confirming the relationship. In 2010, Prabhu Deva’s wife Latha filed a petition at the family court, seeking directions against Prabhu Deva from living in a relationship with Nayanthara and requesting a reunion with him. In 2012, Nayantara confirmed that she had ended her relationship with Prabhu Deva.

After her break-up with Prabhu Deva, she made a strong comeback. In 2010, All her releases turned out to be commercial successes in which she featured her as the female lead in five box office hits in the four Southern languages – Adhurs (Telugu) Bodyguard (Malayalam), Boss Engira Bhaskaran (Tamil), Simha (Telugu), and Super (Kannada, Telugu). She won the Asianet Award for Best Actress for her performance in the film Bodyguard. In March 2012, she began shooting for Krish’s Krishnam Vande Jagadgurum with Rana Daggubati after an 11-month sabbatical.

In 2011, She acted in the mythological film Sri Rama Rajyam by Bapu, in which she played the role of Sita. Her performance in the film receives critical acclaim. Subsequently, she was awarded the Nandi Award for Best Actress and the Filmfare Award for Best Telugu Actress.

The following year, she won critical acclaim for her performance in Atlee’s romantic drama Raja Rani in 2013. The film made her comeback strong by winning both the Filmfare and Vijay Award for Best Actress. She then released several hit films Aarambam,  Anaamika (2014), the horror film Maya (2015), Bhaskar the Rascal (2015) and Thani Oruvan (2015), Naanum Rowdy Dhaan (2015). The film Naanum Rowdy Dhaan receives the critics’ acclaim and she won second Filmfare Award for her role of a deaf and mute girl.

In 2016, Nayanthara portrayed a rape victim in the film Puthiya Niyamam opposite Mammootty. In the same year, she released three films including Thirunaal, Iru Mugan and Kaashmora. In 2017, she released her first horror film, Dora which will be followed by the social drama Aramm. Both the films receive a high financial success. And now she was acting in Chakri Toleti’s Kolaiyuthir Kaalam, the thriller Imaikkaa Nodigal and Bharath Krishnamachari’s Ner Vazhi, amongst other upcoming releases.