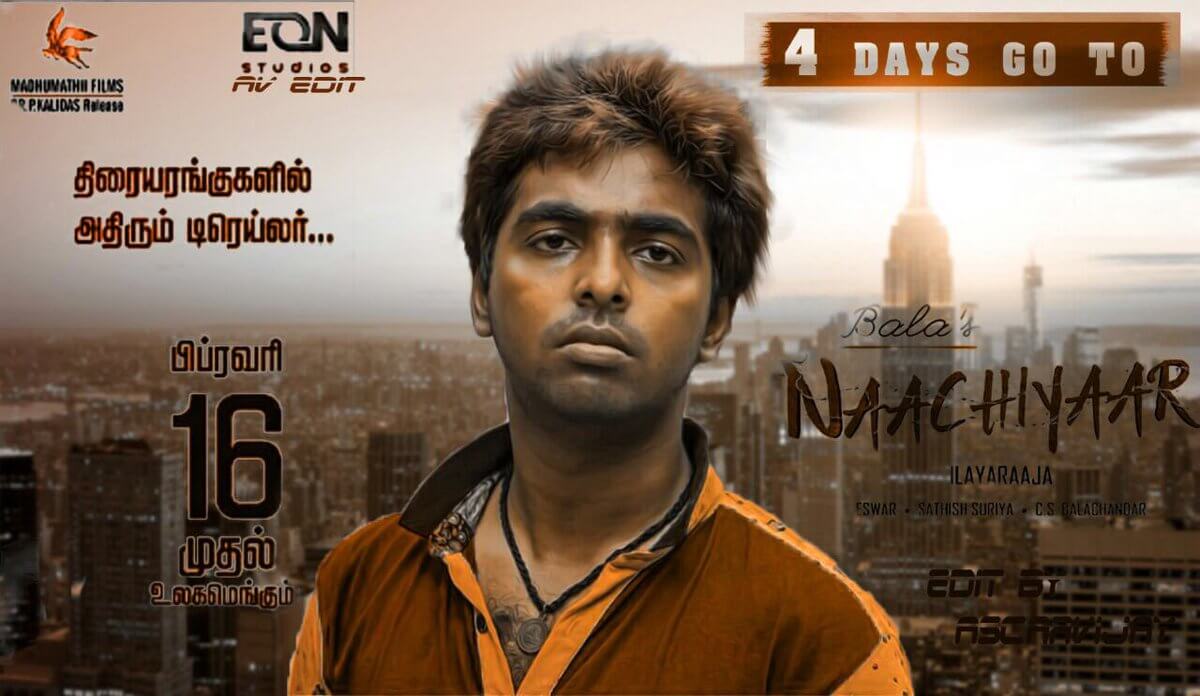 Naachiyaar Tamil Movie 2018: Naachiyaar is an amazing upcoming Tamil Action movie, which is directed and produced by Director Bala. In this film Jyothika appearing in a titular role, along with G.V. Prakash Kumar and Ivana appearing in a leading role. The movie says the tale that how police working to relieve the truth after the accused of a young man for assaulting his girlfriend. The music director of this movie is Ilaiyaraja, then the cinematography of the movie is Eashwar. On March 2017 production movie has been started and it will get released in February 2018. Check out below for Naachiyaar Tamil Movie 2018 | Cast | Songs | Theme Music | Trailer | Review.

Yet  to get Released