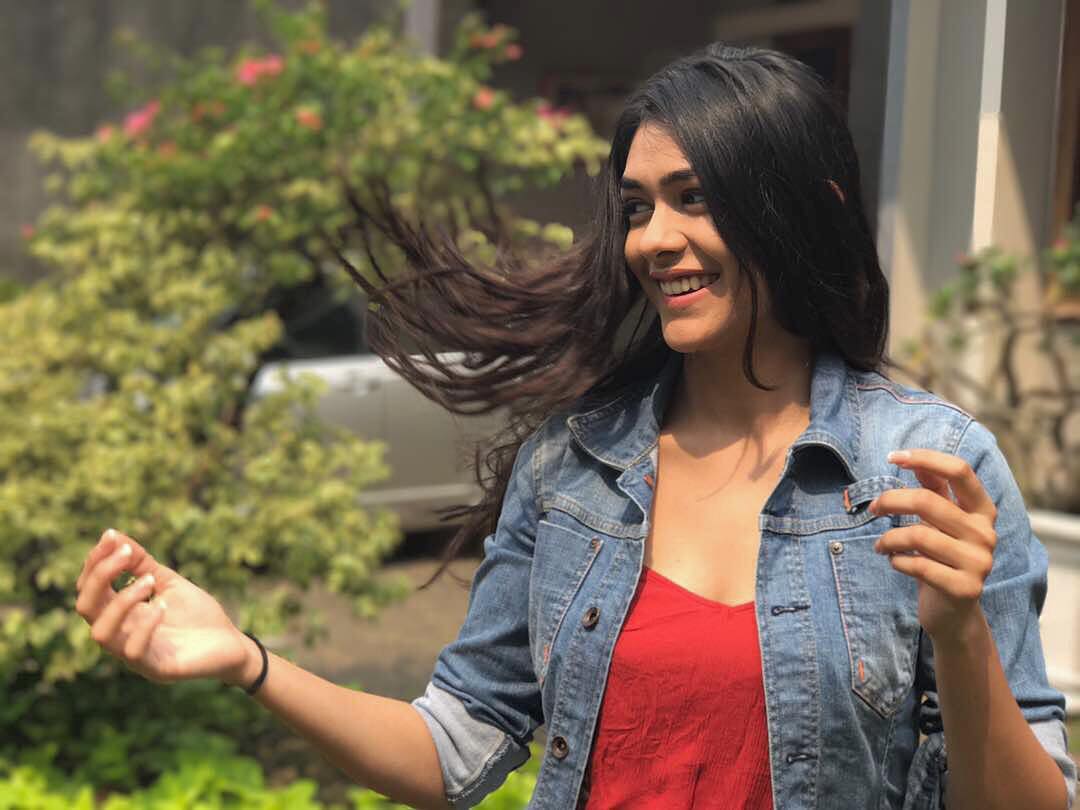 Mrunal Thakur is an Indian actress and model who predominantly appears in Marathi movies and Indian soap operas. She rose to fame for her lead role as Bulbul in Zee TV’s Kumkum Bhagya opposite Arjit Taneja. Mrunal has been a part of the Marathi films Hello Nandan, Vitti Dandu, Surajya and Rangkarmi. Mrunal Thakur made her international debut by taking up the lead role in Tabrez Noorani and Life of Pi producer David Womark’s 2018 Indo-American film Love Sonia, which portrayed the issue of global human trafficking. Mrunal reportedly stayed near a brothel in Kolkata to study the body language of the prostitutes for the film.

Mrunal Thakur is all set to make her big Bollywood debut with Hrithik Roshan in his upcoming film Super 30. This film is based on the life of the Patna-based scholar Anand Kumar, who trains 30 deserving, economically backward students for IIT-JEE entrance exams every year with a commendable success rate. Check out below for Mrunal Thakur Wiki, Biography, Age, Movies, Boyfriend, Husband, family and more.

Mrunal Thakur was born on 1 August 1992 at Nagpur, Maharastra, India. She belongs to a Marathi family and has two siblings, an elder sister Lochan who is married and a younger brother. Mrunal pursued her B.Tech, TYBMM (Journalism) from Kishinchand Chellaram College, Mumbai. During her college days, she on the Star Plus show Mujhse Kuchh Kehti…Yeh Khamoshiyaan which was her debut opposite Mohit Sehgal as Gauri Bhosle. Mrunal Thakur then got a chance to play the role of a journalist on the Star Plus show Har Yug Mein Ayega Ek Arjun. In April 2013, she also hosted a Hindi play called Do Fool Chaar Mali along with co-host Barun Sobti, which was directed by Manoj Verma and Iss Pyaar Ko Kya Naam Doon? team members.