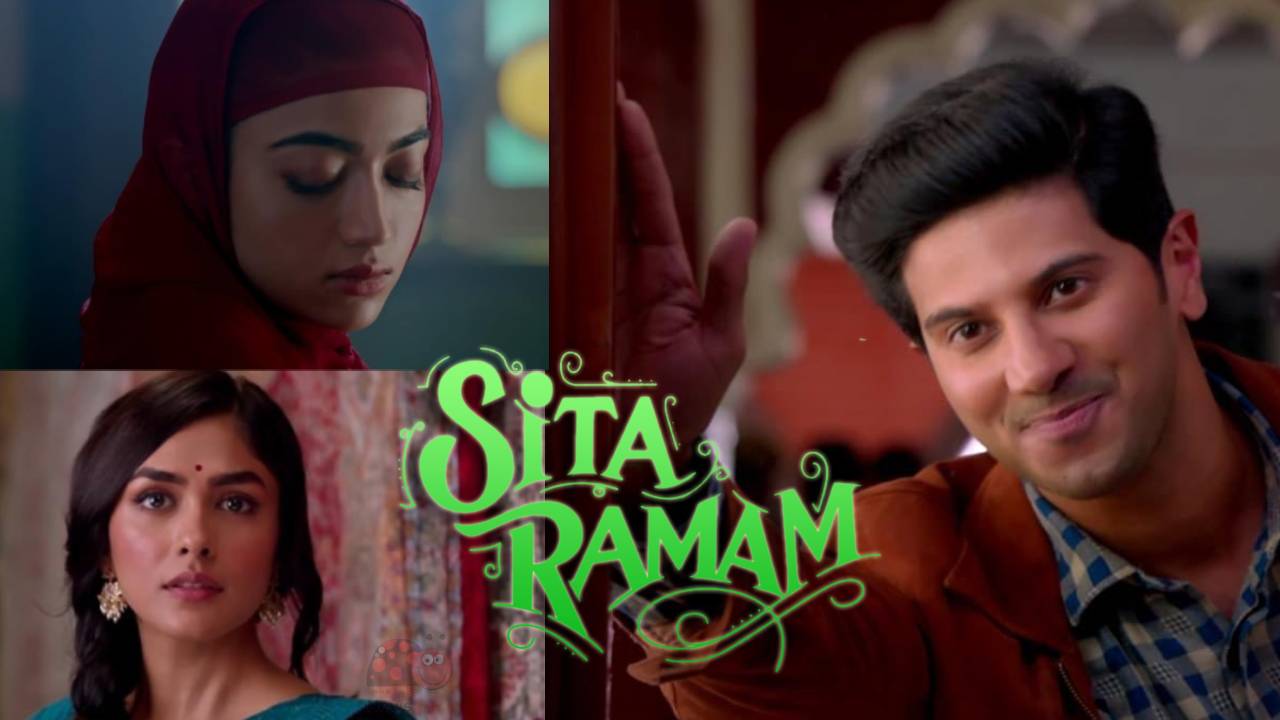 Sita Ramam is the latest romantic drama written and directed by filmmaker Hanu Raghavapudi. It features Dulquer Salmaan in the main role along with Mrunal Thakur and Rashmika Mandanna as female leads. It is produced and comes from the production house of Swapna Cinema, in association with Vyjayanthi Movies. South Indian music director Vishal Chandrasekhar has scored the enchanting background music sounds and tracks for the film. This romantic drama will hit theatres on August 05, 2022.

From the glimpse video, it is touted that the film portrays love and religious conflicts with mixed emotions. It is also set against the backdrop of the 1960s in the region of Jammu and Kashmir. Dulquer Salmaan plays the role of Lieutenant Ram. The movie comes in multilingual formats like Tamil, Telugu, Hindi, and Malayalam. Sony Music has bags the audio and digital streaming rights.

An official announcement of the Sita Ramam movie online release date and OTT will be announced soon. Netflix will acquire the streaming rights for the film. Stay tuned with NEWSBUGZ.COM to know where to watch this romantic drama Sita Ramam movie (2022) online.

The trailer for the love epic drama Sita Ramam will be updated soon,

The background music, themes, and ringtones for Sita Ramam will be updated here,