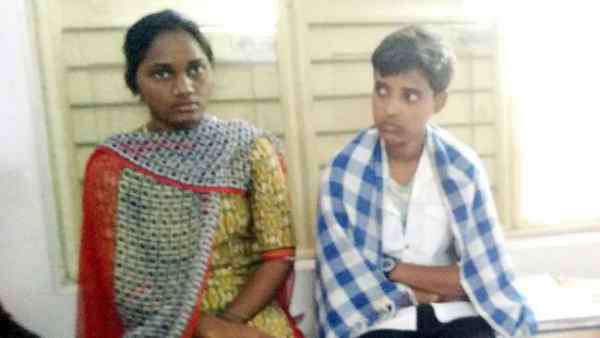 B. Ramadevi, an 18-year-old girl disguised as a man and married three other girls of her age in Kadapa district, Andhra Pradesh. The incident came to light when the parents of one approached the police for the complaint at Jammalamadugu in Kadapa district that their daughter was married to another girl, Ramadevi.

Police said Ramadevi hails from Itika-lapadu village in Kasi-nayana mandal, was an employee in a private spinning mill in Tamil Nadu. She always disguises herself as boy. She became friends with 17-year-old girl named Mounika who is from Bheemagundam village in Peddamudiyam mandal.

Mounika also worked at the same mill in Pulivendula. Ramadevi and Mounika became friends, later it turned into love and they were married two months ago. After two months, Mounika found that she had married a girl and told her parents who approached the police.

Read also Child Marriage in India: Boy Commits Suicide As He was Forced to Marry his Sister-in-law

When police found out the truth, they were shocked to know that Ramadevi had married two other women earlier, 16-year-old Bujji from Proddatur in Kadapa district and 17-year-old Vandana from Kothacheruvu village in Mudigubba mandal, Anantapur district. These two girls were also taken away by their respective parents. Police sent Ramadevi for medical check up and examine her mental condition was stable or not.

Parents of the three girls approached the police seeking justice to their daughters. The matter has become sensational in Kadapa district with the police trying to counsel the girls including Ramadevi.