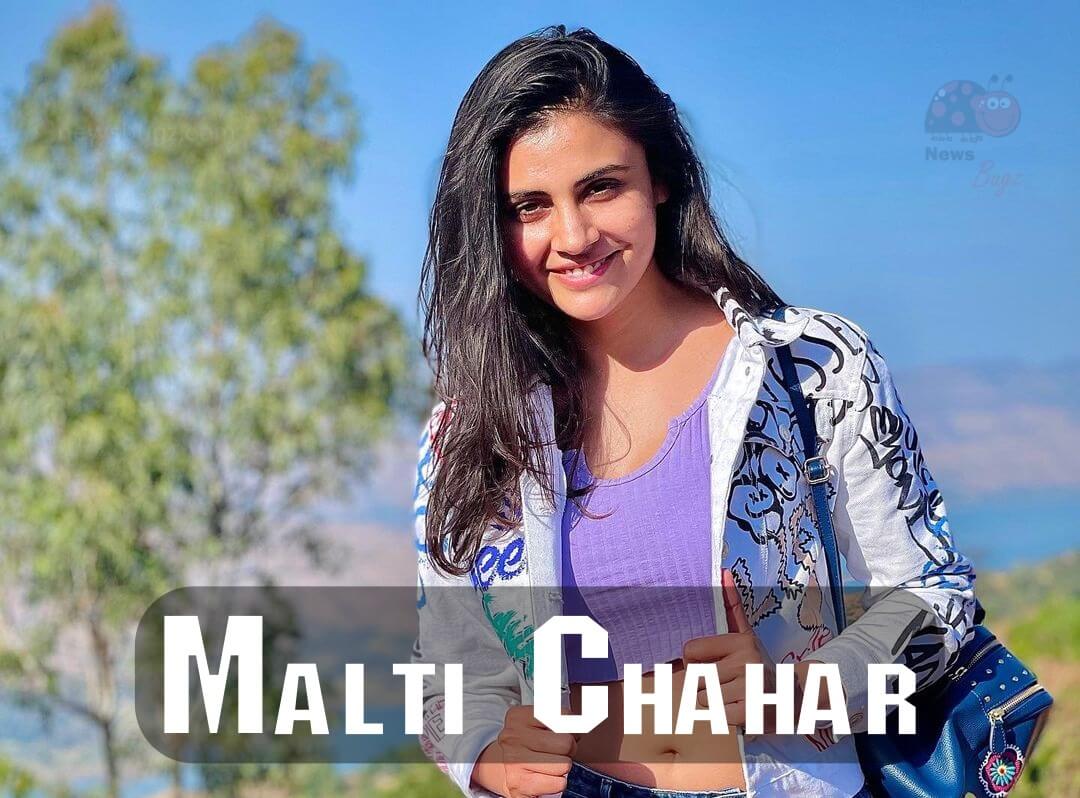 Malti Chahar is an Indian actress and model who worked in a few short films and web series like Letsmarry.com. She is the Finalist of Femina Miss India 2014 Contestant and Winner of Femina Miss Photogenic and Miss Soduku. Malti came to the limelight when the cameraman captured her cute reactions and emotions during IPL Match (CSK vs KKR). She also worked in many commercial ads for popular brands like Dabur Red Toothpaste, Ossum Body Mist, Viska Vboard, and Letsmerry.com, etc. She played one of the female leads in Vignesh Shivan’s Walking Talking Strawberry Icecream movie (2022). Her Ishq Pashmina movie Jogi Ho Gaya song went viral on the internet it received more than 2 Lakhs views and 17K+ likes in 24 hours on YouTube.

She is the sister of two famous cricketers Rahul Chahar and Deepak Chahar. She did her schooling at Kendriya Vidyalaya, Agra, and completed her Graduation with Software Engineering from I.E.T Lucknow. She made her acting debut in the short film Manicure released in 2017 and her last film is Genius. Malti Chahar became popular during an IPL match, where she was cheering his brother Rahul Chahar who plays for Chennai Super Kings. Later, She has become the crush of many IPL fans.

Check out the latest photos of Malti Chahar,