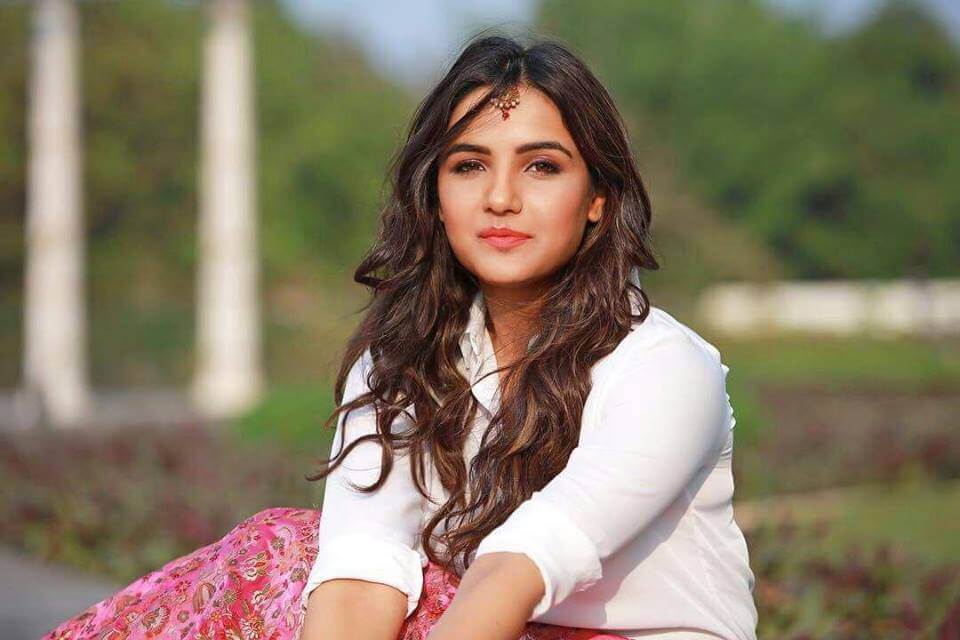 Jasmin Bhasin is an Indian model, television, and movie actress, who predominantly works in the Bollywood film industry. She made her debut movie Vaanam as Priya along with Silambarasan in the year 2011.

She then made her debut TV serial Tashan-E-Ishq as Twinkle Kunj Sarna in this serial she featured with Zain Imam, Sidhant Gupta, Naman Shaw, and the show was telecast on Zee TV from 2015-16. Now she is working on the Colors TV serial Dil Se Dil Tak as Teni Parth Bhanushali. She is one of the expected contestants in popular reality game show Bigg Boss Hindi Season 14 hosted by Salman Khan.

Jasmin Bhasin was born on 28 June 1990 in Kota, Rajasthan, India. She started her career as a model from print and television advertisements. Later she was called by director Krish for the audition to the role of a rock star in the film.

In the year 2011, she made her debut movie “Vaanam” which is a Tamil movie after this movie she featured in various Tamil, Telugu, Malayalam, and Kannada movies such as “Karodpathi”, “Veta”, and “Ladies & Gentlemen” with that, she featured in some commercial ads like Dabur Gulabari, Odonil, Himalaya Neem Face Wash, Colgate, and McDonald, Chennai diamonds, Pepsi and White X-Detergent and much more.

In the year 2015, she featured in a Zee TV’s popular romantic series “Tashan-E-Ishq” in the lead role. From this serial, she received a lot of love and appreciation from the audience from all around the world, with that, she grabbed the best debut award in Gold Awards.

Here are the complete movies list of actress Jasmin,