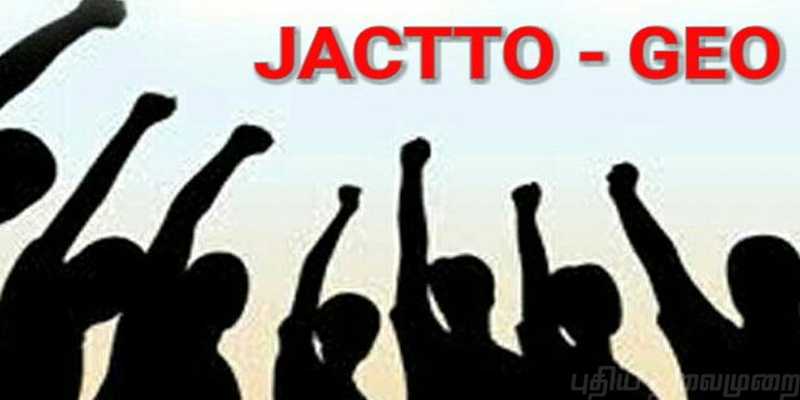 The members of Joint Action Committee of Teachers Organization and Government Employees Organizations (Jacto-Geo), have announced an ‘indefinite strike’ from today all over the State. Tamilnadu government’s Chief Secretary Girija Vaidyanathan has already warned that severe action would be taken against the protestors.

Thyagarajan, a member of the Jacto-Geo said, “More than 10 lakh members from nearly 175 unions across Tamil Nadu will be boycotting work from Tuesday,”

The committee urges the payment of arrears under the recommendations of the 7th Pay Commission and the implementation of the old pension scheme.

Teachers have also condemned the Tamilnadu government’s recent initiative to merge elementary schools with nearby high or higher secondary schools stating that it will have an adverse impact on the students’ learning process.

Meanwhile, the Chief Secretary Girija Vaidyanathan has issued a letter to all the secretaries of government, district collectors and heads of departments, that participation in the strike, affecting the normal functioning of government works, amounted to a violation of Tamil Nadu Government Servants’ Conduct Rules, 1973.

Earlier, on May 8, 2018, nearly 25000 members of the organization (according to police estimates) marched together towards the Secretariat. Later, the police arrested around 1,200 members and taken to Rajarathinam Stadium and various marriage halls in the city.

Chief Secretary Girija asked all the schools in the state to send the consolidated attendance report of their staff in the proforma given before 10.15 am beginning 22 January. She also asked the list of workers who participate in the strike, to the Personnel and Administrative Reforms Department.

She also reminded that the Supreme Court has already observed that there is no proper justification from the employees to go on strike and staging a protest would be a punishable offence.

She asked the departments to ensure that the workers do not involve in any kind of violence. She said that no employee should take leave with an intention to participate in the strike. Girija stated,

“If an employee has applied for a day off other than medical leave (with proper certificates), their period of absence would be considered unauthorised and they are not entitled to pay and allowances,”

Chennai! Get ready for Digital Parking System coming your way in February this year