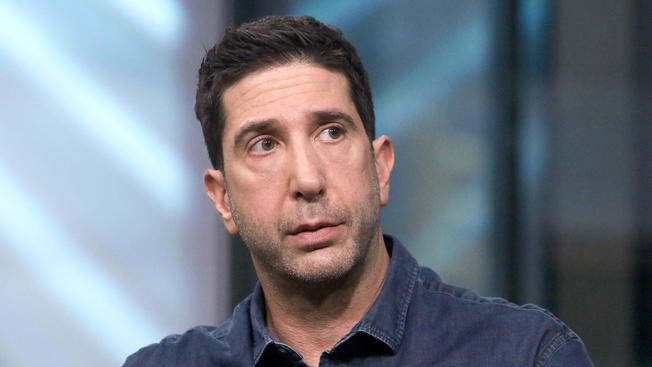 The 53-year-old actor David Schwimmer who gets fame through Friends web series is currently dating with 29-year-old Katie Markowitz. According to Pinkvilla, David Schwimmer has been on “a few dates” with a woman named Katie whom he met at a bar. However, they both yet to make things official despite rumours that they are dating. The rumours come two years after his split with wife Zoe Buckman whom he married in 2010.

Talking about his estranged wife, David back in April 2017 said,

“It is with great love, respect and friendship that we have decided to take some time apart while we determine the future of our relationship”.

“Our priority is, of course, our daughter’s happiness and wellbeing during this challenging time, and so we ask for your support and respect for our privacy as we continue to raise her together and navigate this new chapter for our family.”

Apart from rumours, our favourite 90s gang is going to be back with a bang. Jennifer Aniston has recently appeared in Ellen show and revealed that Friends reunion is on the way where it also confirmed through one Hollywood Reporter that the team is ‘working on something’.