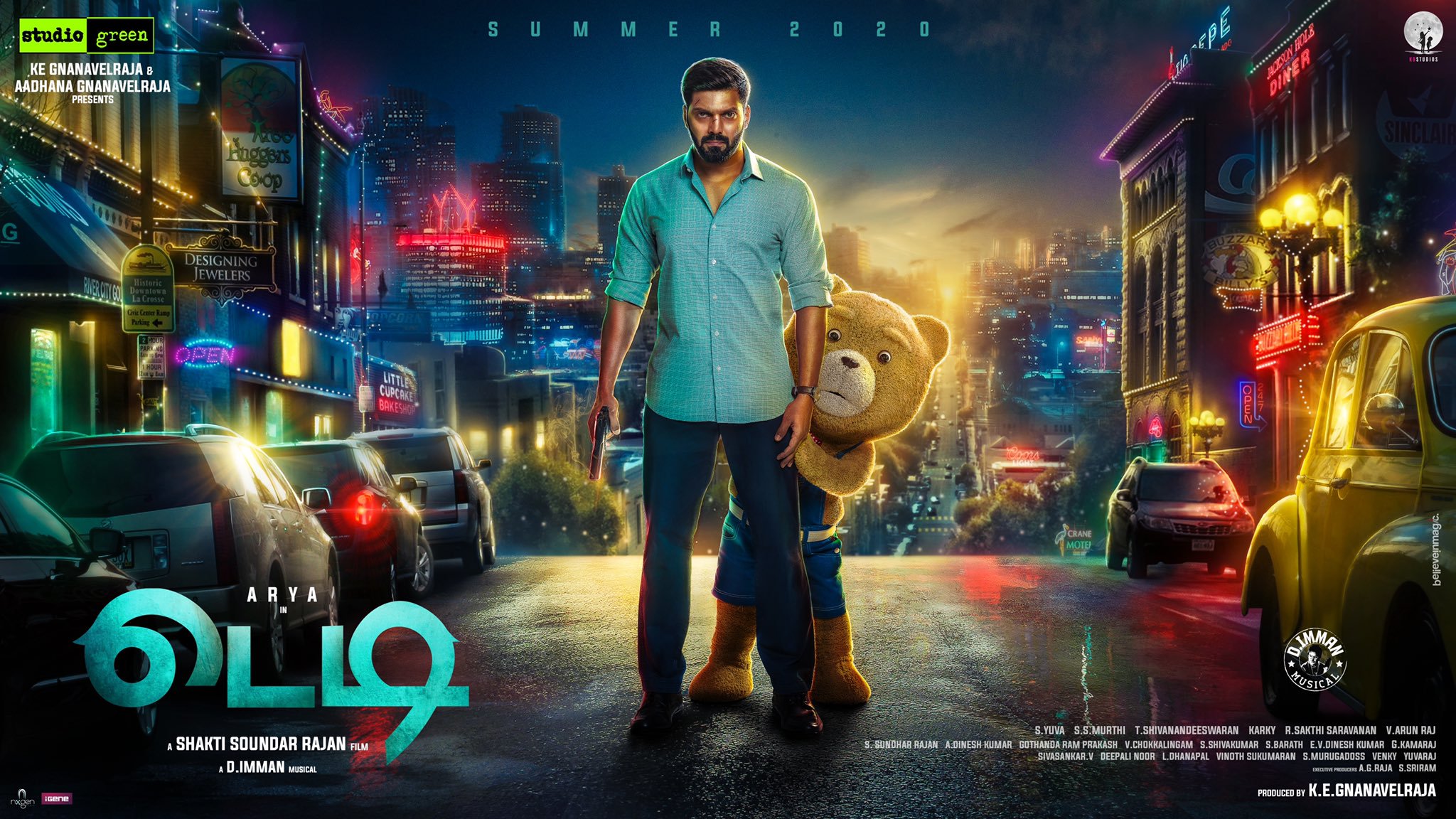 Watch Teddy Movie Full HD Online on Hotstar (2021): Teddy is an upcoming Tamil film written and directed by Shakti Soundar Rajan. Produced by Gnanavel Raja, Teddy film stars Arya and Sayyeshaa in the lead roles. Music Director D Imman composes the background and songs for the film. The film showcases some medical crimes with interesting stunt sequences. The intriguing poster of Teddy features Arya with a gun, while a computer-generated teddy bear is seen standing behind him petrified. The movie is now streaming online on Disney+ Hotstar.

Talking about the Teddy film Shakti Soundar Rajan says, “The teddy bear is the second most important character in the movie. It has been completely created using CGI, and we have made it perform and fight. I think this itself makes the film a new attempt.”

Here is the main cast list of Hotstar movie Teddy,

All songs of teddy movie was composed by D Imman.