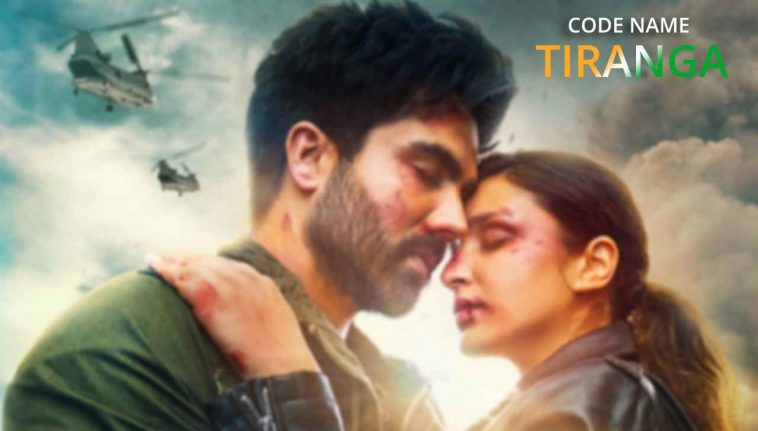 Code Name Tiranga is the latest espionage action entertainer directed by Ribhu Dasgupta. It is jointly bankrolled by Bhushan Kumar, and Krishan Kumar under the production house of Reliance Entertainment in collaboration with T Series & A Film Hangar. Actress Parineeti Chopra plays an Indian Research and Analysis Wing (RAW) agent and shares screen space with co-stars like Harrdy Sandhu, Sharad Kelkar, and Rajit Kapur among others. The movie will be released against Doctor G, and is slated for October 14, 2022.

From the banner, it is evident that Netflix has acquired the streaming rights for the film. Stay tuned to Newsbugz.com to know when to watch Code Name Tiranga movie online and ott release date.

Watch the official teaser and trailer of Code Name Tiranga movie below,