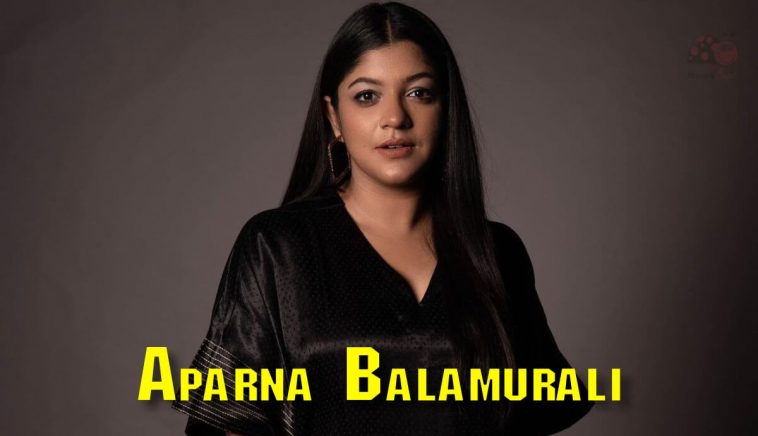 Aparna Balamurali is an Indian actress and playback singer who predominantly works in Tamil and Malayalam films. She was recently seen in Veetla Vishesham movie helmed by RJ Balaji and N.J. Saravanan. In an interview, Aparana said Fingertip 2 is like watching a reflection of a real-life incident on screen. She won the 68th National Award for her movie Soorarai Pottru (2020). Aparna did a major role in Nitham Oru Vaanam movie which is titled Aakasham in Telugu.

She made her debut in the 2015 Malayalam Film Oru Second Class Yathra directed by Jaxson Antony and Rejjs Antony. She also sang the song Mounangal Mindumoree which went viral on the internet. She has won many awards for her acting in the Maheshinte Prathikaram movie. Then she played a duel role in her third film Oru Muthassi Gad. She made her Kollywood debut through the movie 8 Thottakkal. She worked in films like Thrissivaperoor Kliptham, Sunday Holiday, Sarvam Thala Mayam and more.

Take a look at the cool new photos of Aparna Balamurali,