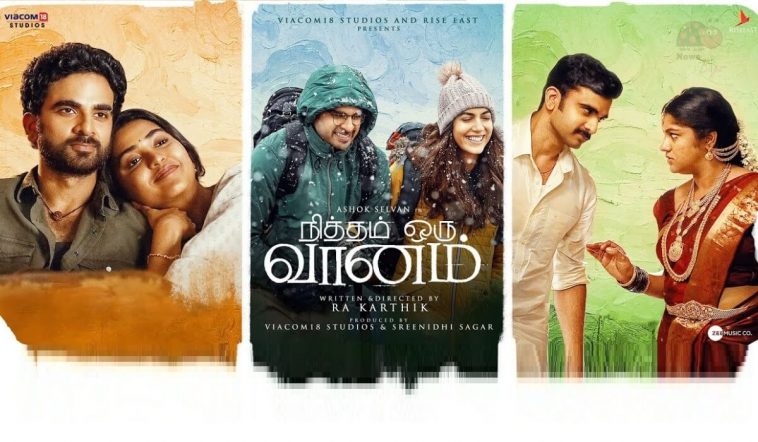 Nitham Oru Vaanam is the latest adventure romantic drama movie directed by Ra Karthik. Viacom18 Studios and Sreenidhi Saga in association with Rupak Pranav Tej produced this movie. This multi-starrer film cast includes Ashok Selvan, Ritu Varma, Aparna Balamurali, and Shivathmika Rajashekar in major roles. Music composer Gopi Sundar scores the songs, and background music. Cinematography is done by Vidhu Ayyanna and Anthony does the editing work. The film comes in both Tamil and Telugu versions. While the Telugu title is given as Aakasham. The film is set to hit theaters on November 2022.

Here is the main cast of the upcoming Tamil Movie Nitham Oru Vaanam,

The OTT release date will be announced after the theatrical release. It is touted that Disney+ Hotstar might acquire the streaming rights for this movie. Stay tuned with newsbugz to know when and how to watch the Nitham Oru Vaanam movie online.

The Songs, music tracks, and background theme sounds of Nitham Oru Vaanam will be updated soon,