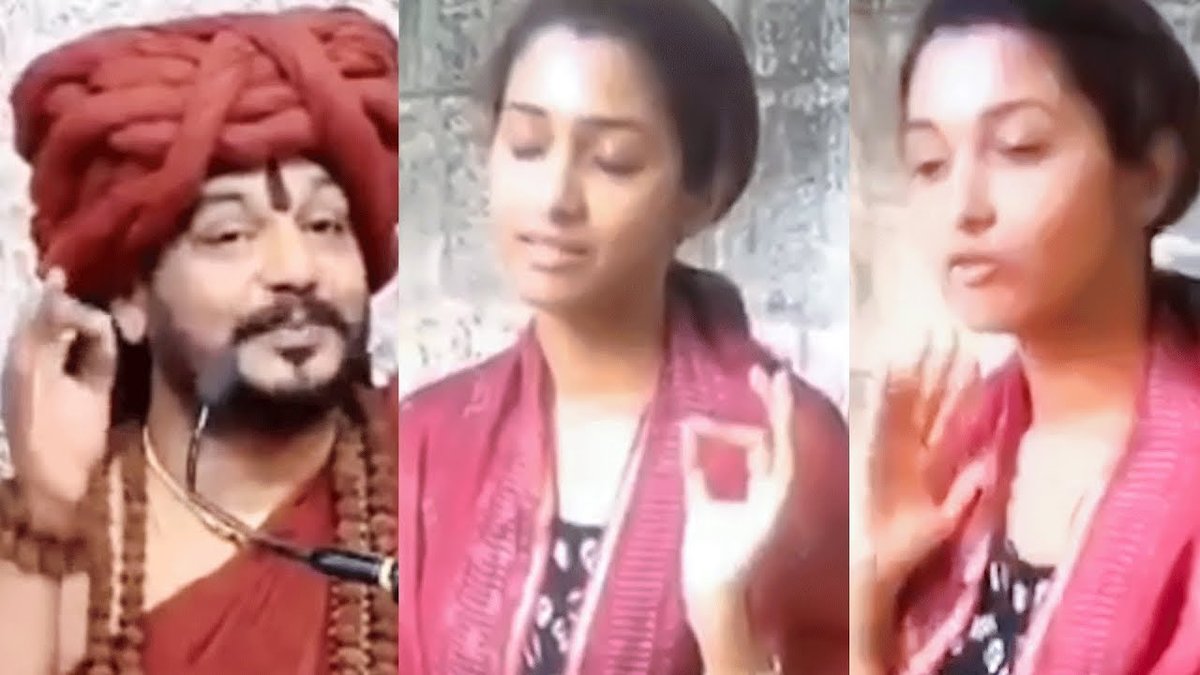 Actress Priya Bhavani Shankar, the latest sensation in the Kollywood film industry with the KadaiKutty Singam Movie has made a hilarious post on Instagram, which gained nearly 2.2 lakh views in a  single day. In that post, she made a funny video on trolling the controversial godman, Swami Nithyananda.

Recently Swami Nithyananda has claimed that the revolutionary formula of Albert Einstein, E=mc2 is false and he also claimed that humans haven’t set foot on the moon and have never left the atmosphere of earth. Following that, social media is flooded with various memes and posts criticising those statements made by godman. Hence, the actress has also used her opportunity to take a dig at the Swami Nithyananda.