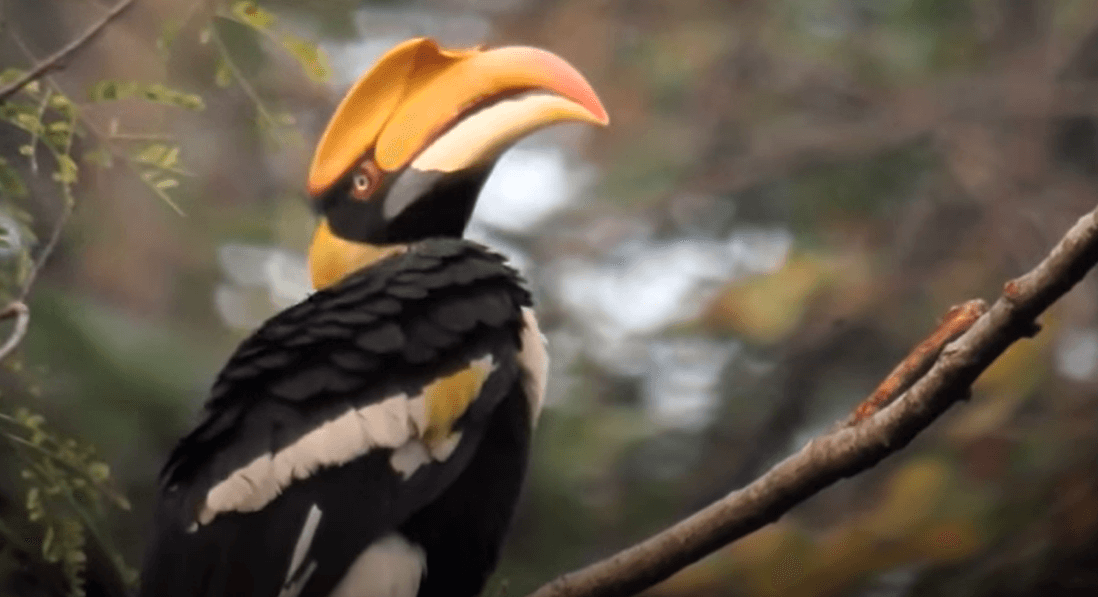 Vezhambal Bird is one of the beautiful birds in the world. This bird has another name called Great Indian Hornbill. We can easily witness this bird in western ghats. They prefer trees as their home. Bird scientists considered this bird as vulnerable species. These birds are part of the Hornbill family. Indian state Tamil Nadu is the motherland of this beautiful creature.

Food: They eat both fruits and insects. Fig is one of the favorite foods of this bird.

Size: Female Vezhambal does not have the capacity to grow larger than the male ones. They cannot grow more than 130 cm.

Weight: The healthy adult Vezhambal weighs between 2.16 to 3.90 kg

Recognition: The government of Kerala and Arunachal Pradesh recognized this bird as it’s state bird. Paite tribes are one of the tribal groups of India. Vezhambal feather is a part of their traditional dress.

Couples Goal: Vezhambal Bird couple is the most faithful and loyal to each other. During the breeding season, the male bird is highly caring for their female partner by making a nest for her and provide food for her. The female bird took full responsible by caring it’s baby until it has the capacity to fly.

Egg: Female bird does not lay eggs from May to December month. Great Indian Hornbill’s eggs are white in color. Females cannot lay more than 5 eggs per day.