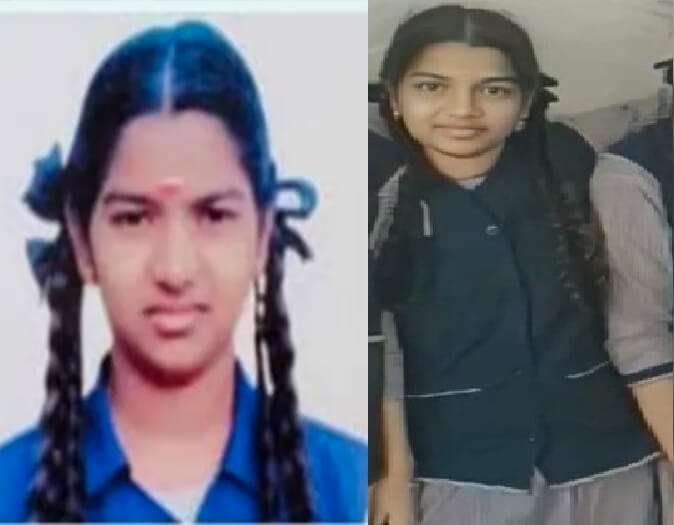 Srimathi is a 17-year-old 12th-standard girl, a student of the FCR International School Kallakurichi (Kaniyamoor Sakthi School) who allegedly committed suicide by jumping from the third floor and was found dead on Wednesday morning, July 13 in her school hostel. Primary investigations reveal that Simathi has been mentally tortured by her teachers. The aspiring student hails from Periya Nesalur village of Cuddalore district.

The family members refused to receive her body demanding the arrest of the persons responsible for Srimathi’s death. The autopsy reports say that Srimathi had revealed signs of a hemorrhage, and shock due to multiple injuries sustained before her death. On July 16 evening, her family members staged a protest at Four Roads Junction, Kallakurichi rejecting the autopsy and demanding a CB-CID probe and the immediate arrest of those responsible for the girl’s death. While still the final opinion of the chemical analysis report is pending, the frustrated family members and relatives deemed the report fake and protested for Srimathi’s justice.

Srimathi’s mother demands want this case to be enquired by CBI as she doubts Srimathi after witnessing many torture marks on Srimathi’s body and she doubts whether the suicide has been staged by the criminals responsible for her death.

July 17, Sunday: Violent protests broke out in Kallakurichi and a few other parts of Tamil Nadu demanding a proper inquiry and justice for Srimathi’s alleged suicidal death. Thousands of youth and villagers assembled before a private residential school in Kaniyamoor near Chinnasalem.

The protesters collapsed the properties of the school including vehicles, cars, and school furniture and nearly 50 school vehicles went prey to fire. Also, they pelted stones at policemen too. Additional police forces were called in from Villupuram, Cuddalore, and Salem to control the crowds.

Chief Minister MK Stalin expressed his grief regarding the matter on Twitter and has assured the people behind Srimathi’s death will be punished. All the evidence including the blood stains on the wall and the school’s CCTV footage has been carefully collected and saved.

Meanwhile, the girl’s parents requested the protesters to maintain peace and not indulge in violence. Director General of Police C Sylendra Babu appealed to the people to maintain calm.