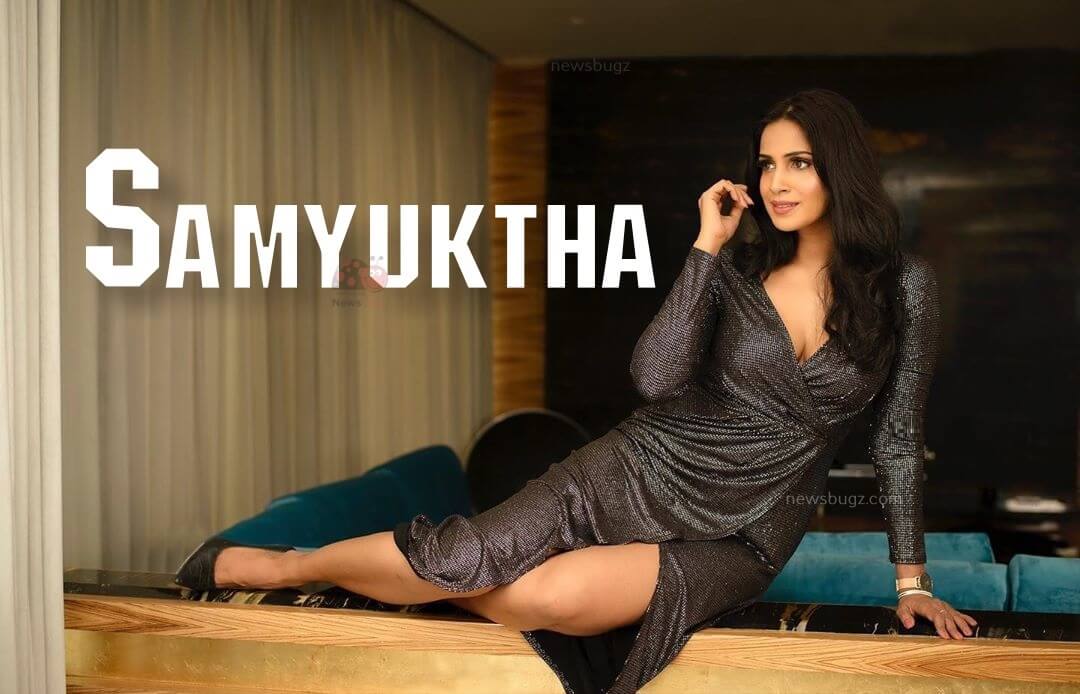 Samyuktha Karthik aka Samuktha Shanmughanathan is a famous model and actress. She is the winner of Miss Chennai 2007 contest. She had participated in many pageant shows. She is known for her role as Rudra in the Sun TV serial Chandrakumari. She was also seen in the Malayalam movie Oolu (olu) and the Tamil movie Dhanusu Raasi Neyargale. Samyuktha will be playing an important role in Thalapthy 66th film (Vijay) directed by Vamshi.

She had participated in the popular television reality show Bigg Boss Tamil Season 4. She is playing an important role in Prabhu Deva’s My Dear Bootham movie. Samyuktha is on boards for Sasikumar’s latest action drama Kaari Tamil movie.

Here are some exclusive photoshoot pictures of Samyuktha Shanmuganathan,