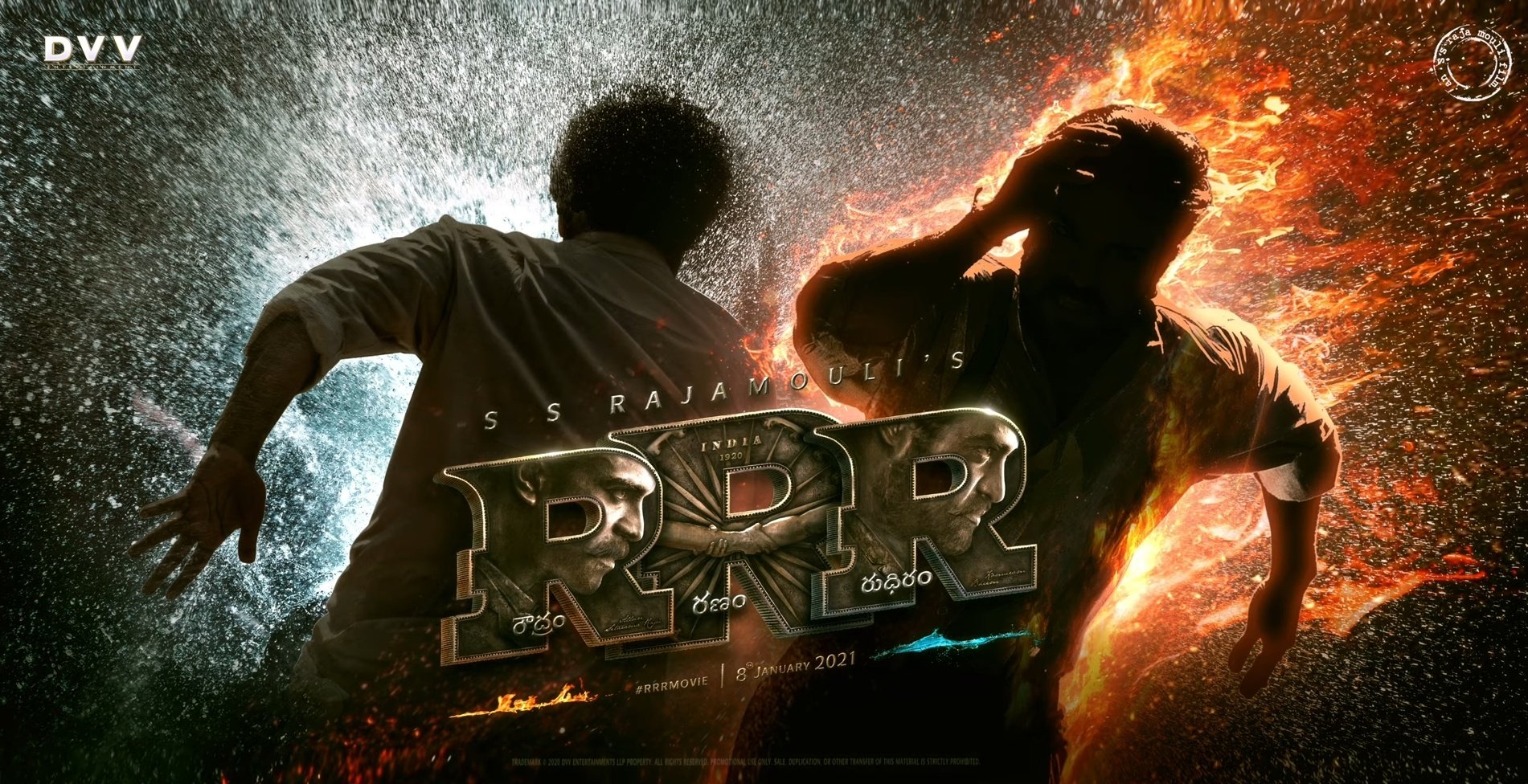 When the strongest of the forces come together to give you the biggest of the experiences! It’s RRR. As it’s a time of global crisis, the makers of RRR wanted to lift the spirit of everyone. Title Logo and Motion Poster of huge RRR Movie has been launched today in regional languages like Telugu, Tamil, Kannada, Hindi, Malayalam. The video featuring Ram Charan as fire and Jr NTR as water. It showcases Water douses fire! Fire evaporates water! And the two forces come together with immense energy. RRR is scheduled to hit screens worldwide on January 8, 2021. Watch the videos here,

The Telugu version was released by DVVmovie,

The Malayalam version of RR movie was released by Tollywood superstar Ram Charan,