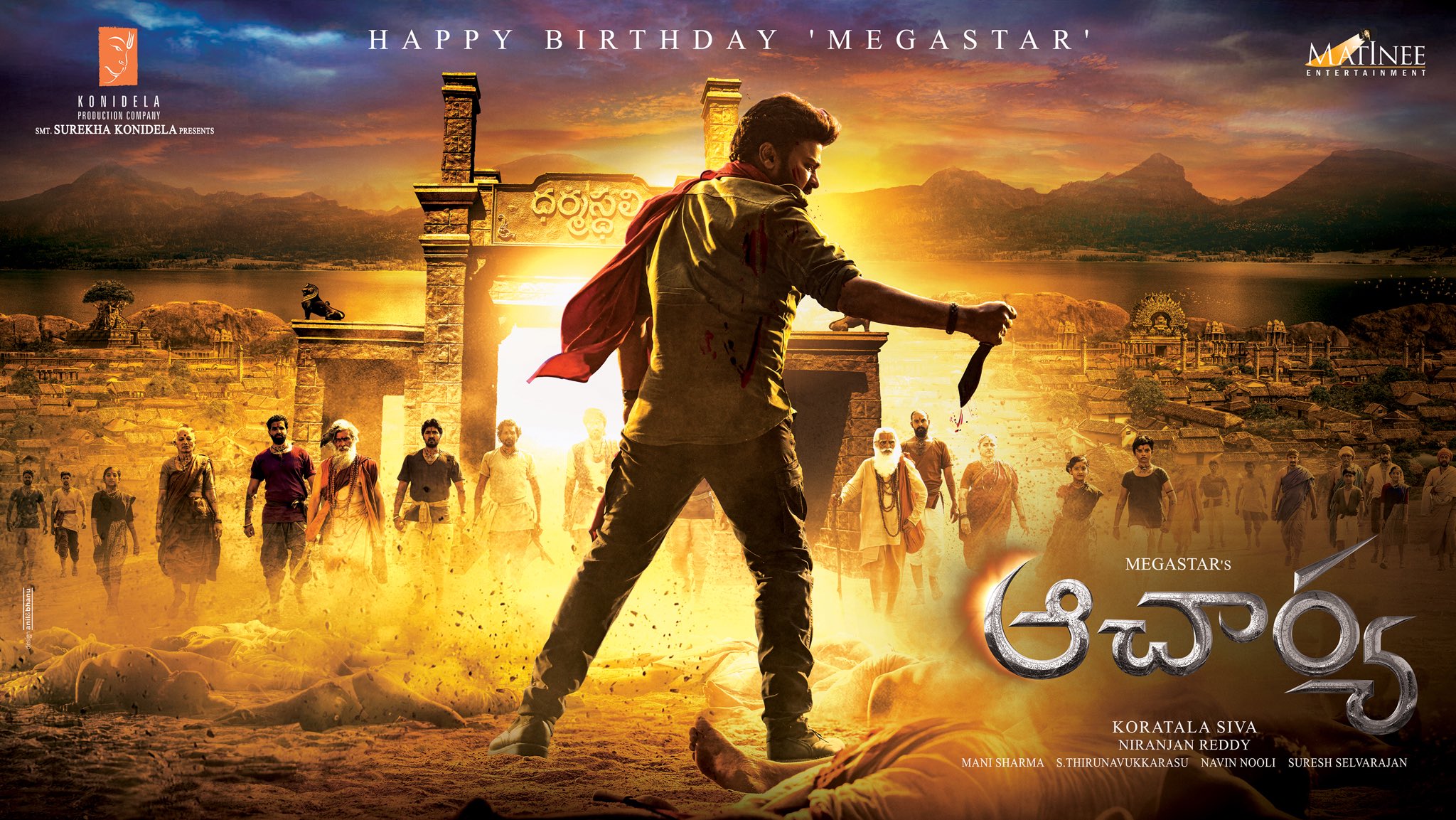 Reports suggest that the film revolves around a middle-aged Naxalite-turned-social reformer who fights against the Endowments Department over misappropriation of temple funds and donations. Chiru 152 will show Megastar in dual roles as Govind and Acharya.

Megastar Chiranjeevi and his son Ram Charan to share screen space in Acharya for the first time ever! He plays a pivotal role in the film.

On the occasion of megastar chrianjeevi’s 65th birthday, the makers released the first look poster of the movie,