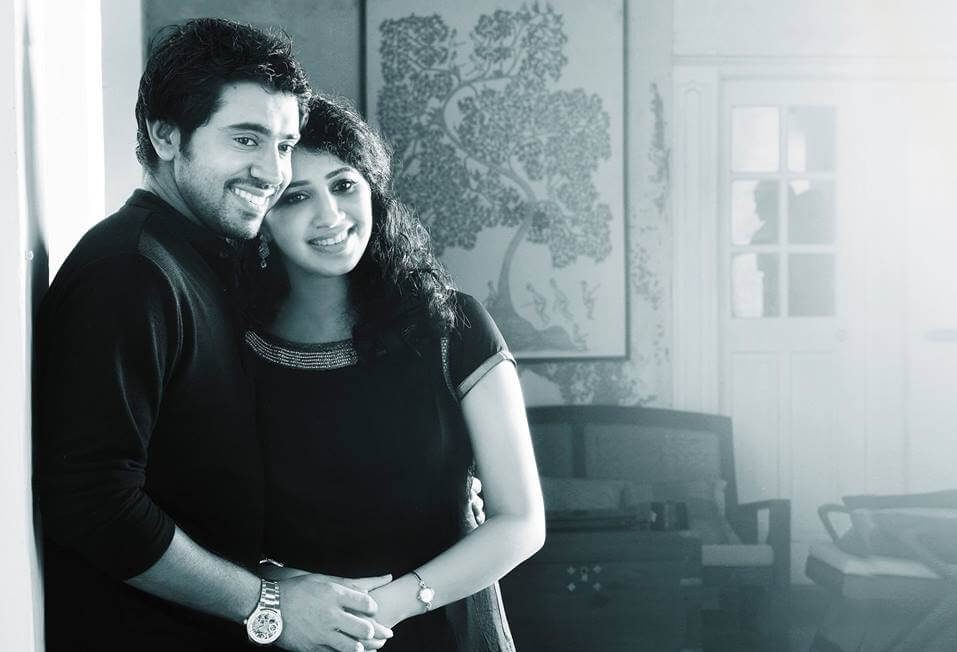 Rinna Joy was born and brought up in Kochi, Kerala, India. She did her schoolings at Naval Public School, Kochi. After completing her schoolings, She went on to pursue “B.Tech” from Federal Institute of Science and Technology which is located in Angamally, Kerala. After completing her graduation, Rinna along with her B.Tech friends started working at Infosys office located in Bangalore, Karnataka.

Nivin Pauly met Rinna Joy at his college “Federal Institute of Science and Technology“. They were a part of a gang and as a gang, they used to visit a various place and watch movies together as well. Nivin and Rinna had a silent understanding between each other. Rinna Joy was a class topper and he was a backbencher. The pair had an attraction to each other. Nivin and Rinna along with their friends joined Infosys and started working in Bangalore.

After two years of working at Infosys, Nivin quit his job to pursue his career as an actor. He was jobless for 2 years but Rinna never complained about him. She was very supportive of him. Nivin Pauly and Rinna Joy got married on August 28, 2010, at the St Dominic’s Church located at Aluva. The couple has two children. The elder one is a boy and his name is Dhaveedh Pauly (Daveed Pauly) and the younger one is a girl baby.