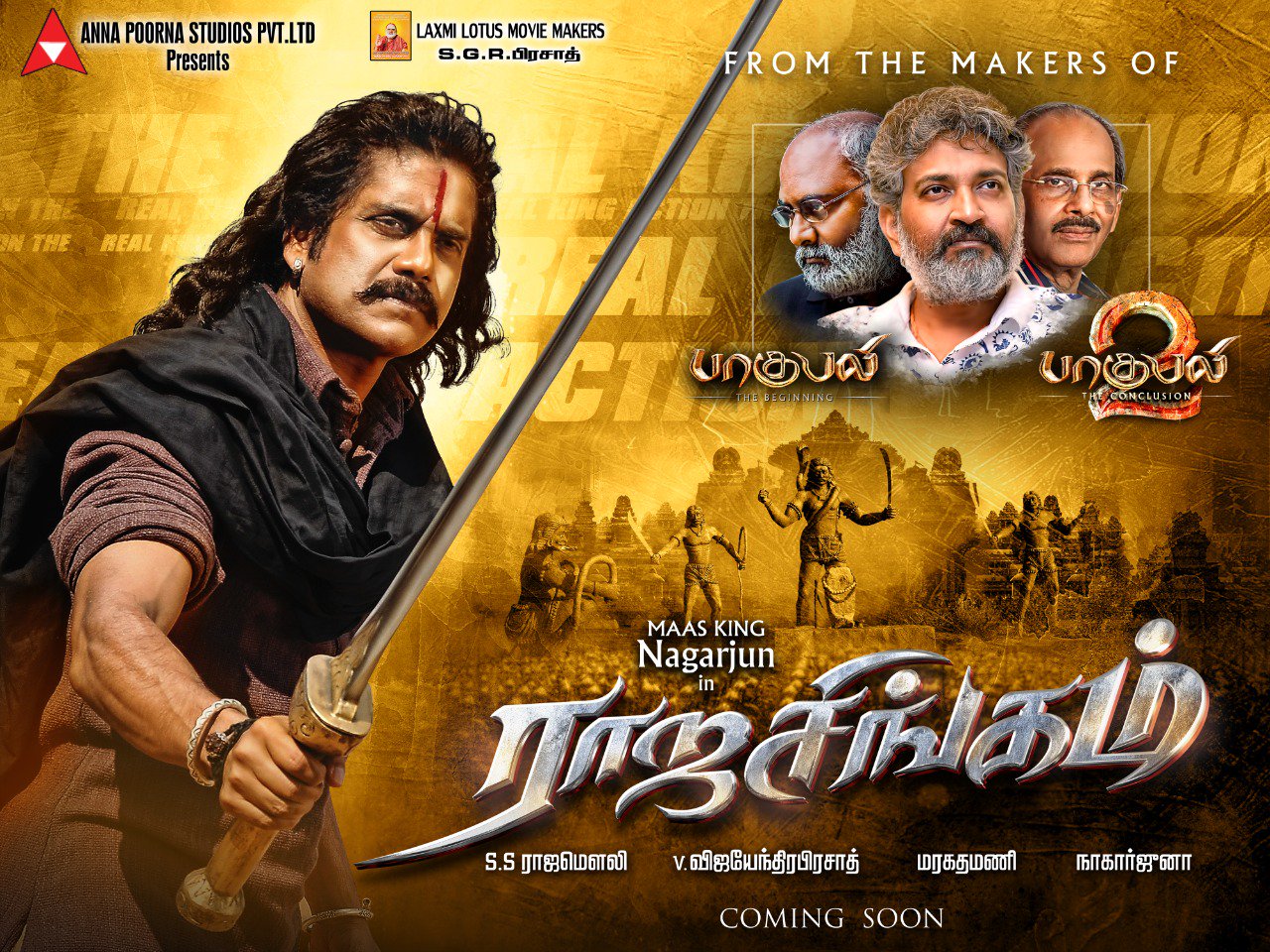 Raja Singam is an action film written and directed by V. Vijayendra Prasad. The film stars Nagarjuna Akkineni and Sneha in the lead roles. Bahubali director S.S. Rajamouli choreographed the action sequences of the film.

Now the leading production company Annapurna Studios and Lakshmi Lotus Movie Makers decided to release the movie in Tamil version. The first look of the movie Raja Singam was released on 13 September 2019 by R. B. Choudary.