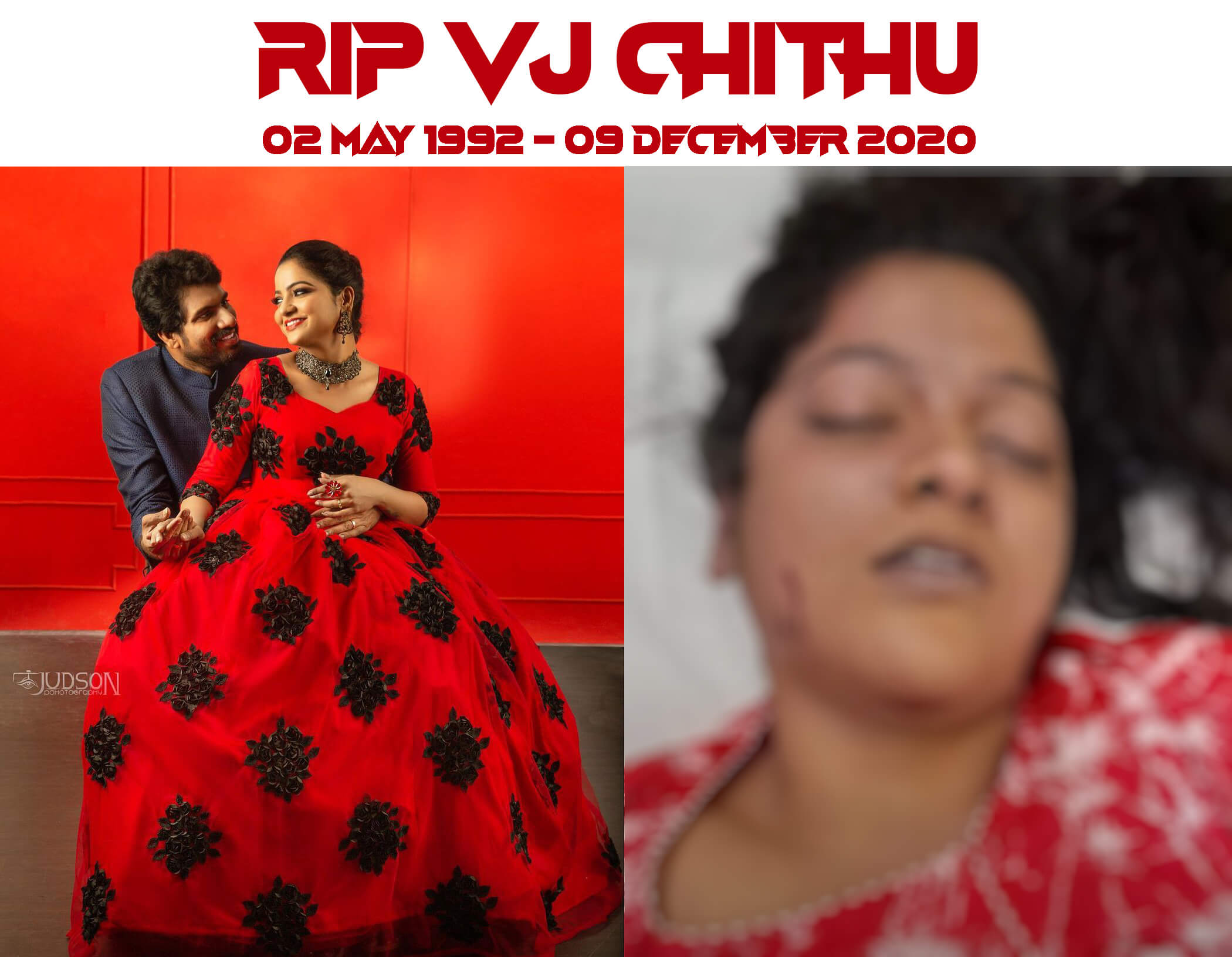 Popular television actress VJ Chithra aka Chithu and Mullai among the fans passed away last night. It is said that she has committed suicide by hanging in her hotel room. The news went as a shockwave throughout her fans and Tamil television stars. The charming actor was found dead in a star hotel that is located in Nasarathpettai near Poonamallee.

Chithra was recently engaged with a businessman named Hemanth Ravi and the pictures of her engagement were doing rounds on social media. Last night on her official Instagram account, we could see her in the shooting of the Star Vijay TV’s popular show Start Music along with Sharanya Turadi. She seemed normal and was speaking to someone over the phone.

The actress was said to be staying in the star hotel last night that is located in Nasarathpettai to take part in the shooting of Pandiyan stores. She lives along with her family in her home located in Thiruvanmayur. To take part in the shooting amidst the Chennai rains, she had been temporarily staying in the hotel along with her fiance to make it easy for her to travel to work.

In the early hours of Wednesday, it is said that Chithu went to the bathroom. There was no response from her for a long time and so Hemanth and the workers had to break in to find out Chithra hanging. Police officers of Nasrathpettai arrived at the spot immediately on receiving the news. Chithra was taken to the nearby government hospital where she was declared dead by the doctors. Then, her body was sent to Kilpauk government hospital for post mortem. The report of Thanthi suggests that Chithra and Hemnath were involved in an argument last night. The investigation has begun by the officials starting from the CCTV cameras at the hotel premises whether it is a murder or suicide. Stay tuned for news related to Chithu Vj murder, suicide, and more. However, her fans and friends will miss Chithu forever.