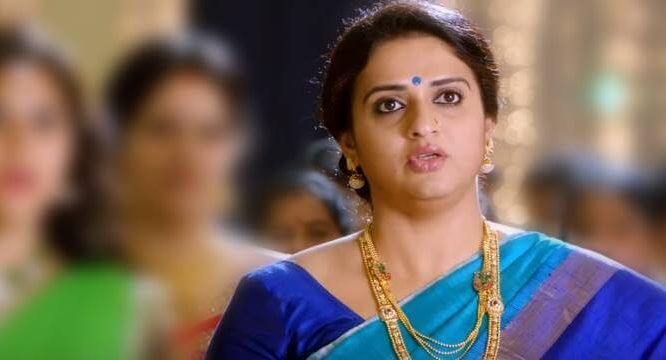 Pavitra Lokesh was born on 19 February 1979 in Bangalore, Karnataka, India. Pavitra Lokesh family is now residing in Hyderabad, Telangana, India. Her father name is Mysore Lokesh who is a stage and film actor and her mother name will be updated soon. She has a younger brother named Adi Lokesh. Her father Lokesh died when she was at class nine, then she decided to help her mother. Her schooling details will be updated soon and she did her graduation in Bachelor of Commerce (B.Com) at SBRR Mahajana First Grade College, Mysore. Pavitra Lokesh husband name is Sachendra Prasad they both got married in 2007 and this couple has a daughter named Viskrutha Suchendra.

She started her acting career in the year 1994 as per the advice of actor Ambreesh, and she made her debut movie Mister Abhishek and she appeared in the lead role. Then in the same year, she featured in the movie titled Bangarada Kalasha, where she got huge recognition. Once after she completed her graduation she worked in a human resource consulting company. At the time when she is working T. S. Nagabharana offered a chance to appear in the movie Janumada Jodi that released in 1996. As the guidance of Nagabharana, she accepted every film that came in her way. She was not being offered lead roles because of her tallness, so she continued to appear in supporting roles. She received a critical acclaim for her performance in the movie Naayi Neralu directed by Girish Kasaravall and this story is entirely based on S. L. Bhyrappa’s novel. Then she appeared in various television soap and movies in various characters in the supporting role. Moreover, for her performance, she won the Karnataka State Film Award for Best Actress. She appeared in the television soaps like Gelathi, Neethi Chakra, Dharitri, Punarjanma and Eshwari.