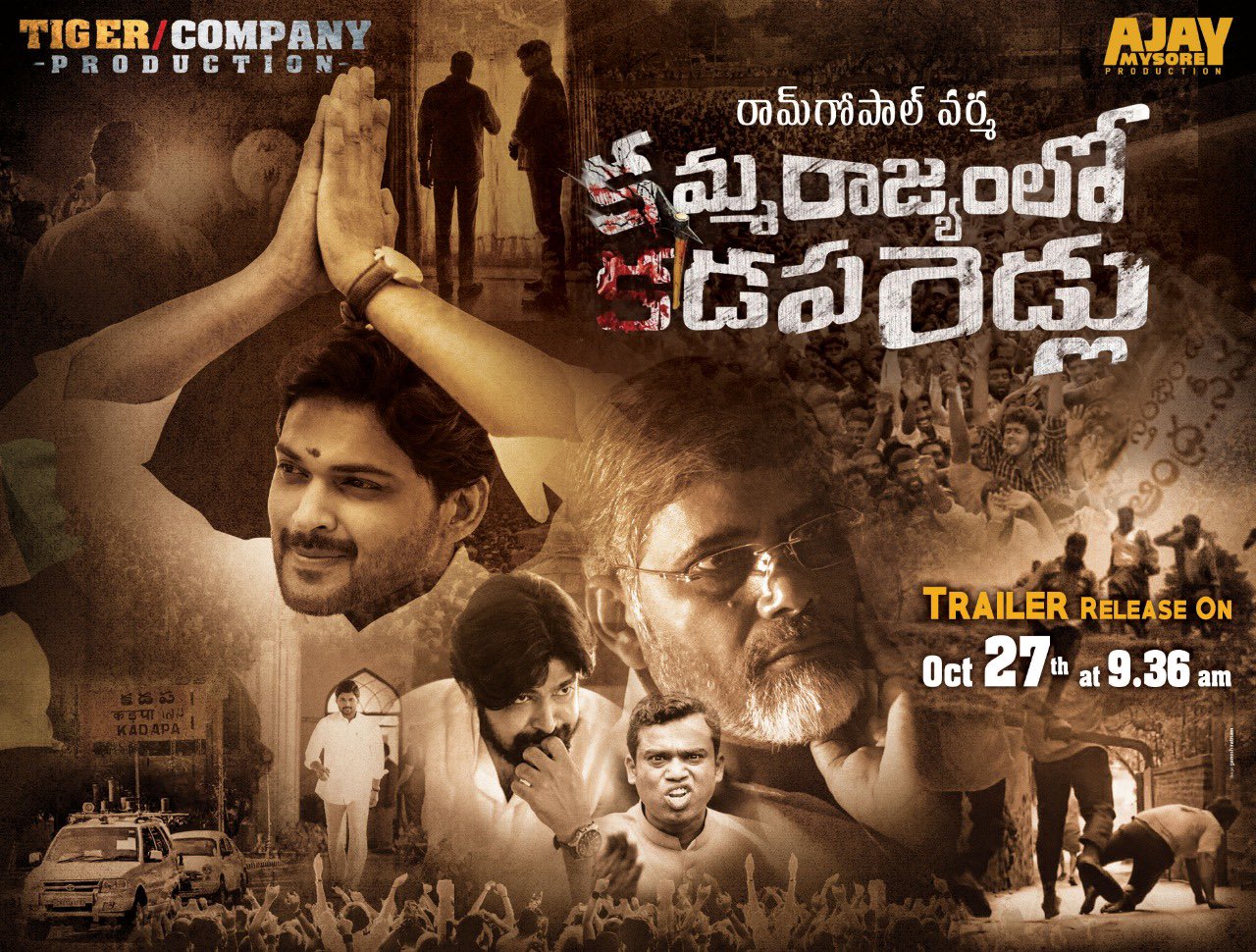 Kamma Rajyam lo Kadapa Reddlu is a Telugu movie directed by Ram Gopal Varma. The film is based on the political developments in the Andhra Pradesh. Controversial director Ram Gopal Varma was last seen in politics based movie Lakshmi’s NTR.

Ravi Shankar will be composing music for the film. Shooting of the film is reportedly in progress with the director also releasing a picture of a new actor dressed like AP’s ex-CM Chandrababu Naidu. The other details of the film will be updated soon.