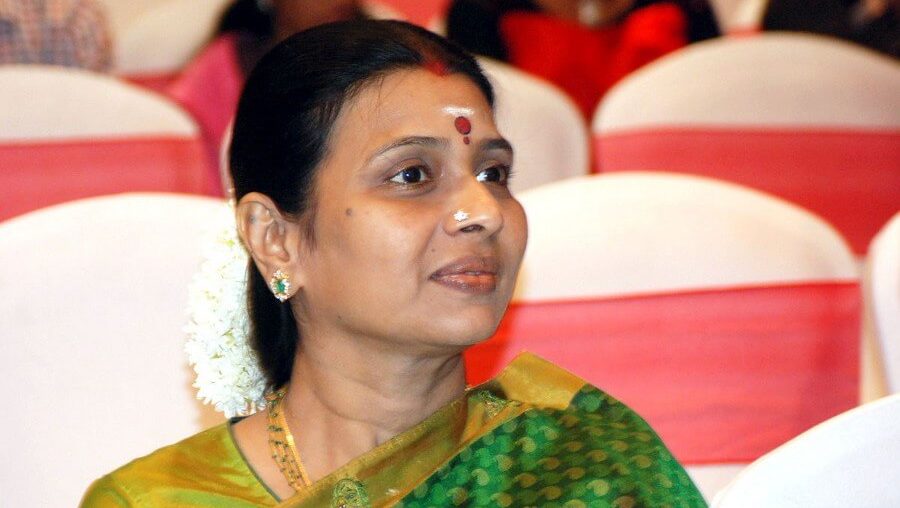 Durga is the wife of Muthuvel Karunanidhi Stalin, a Chief Minister of Tamil Nadu and leader of Dravida Munnetra Kazhagam (DMK) political party. He is popularly called as “Thalapathy” MK Stalin. He is the son of M Karunanidhi, a former Tamil Nadu CM. Durga got married to MK Stalin on 20 October 1975. They have two children, a son named Udhayanidhi Stalin, and a daughter named Senthamarai Stalin. Durga Stalin launched a book titled ‘Naanum Avarum’, which describes her family life and her longing for love as her husband Stalin remained off the reach most of the time owing to his preoccupation with the party affairs.

In an interview, she told that her husband MK Stalin inspired and encouraged her to sit down to document her experience in family life. MK Stalin won a convincing victory in Tamil Nadu state Assembly election 2021. Check out below for Durga Stalin (M. K. Stalin Wife) Wiki, Biography, Age, Family, Images, and More.