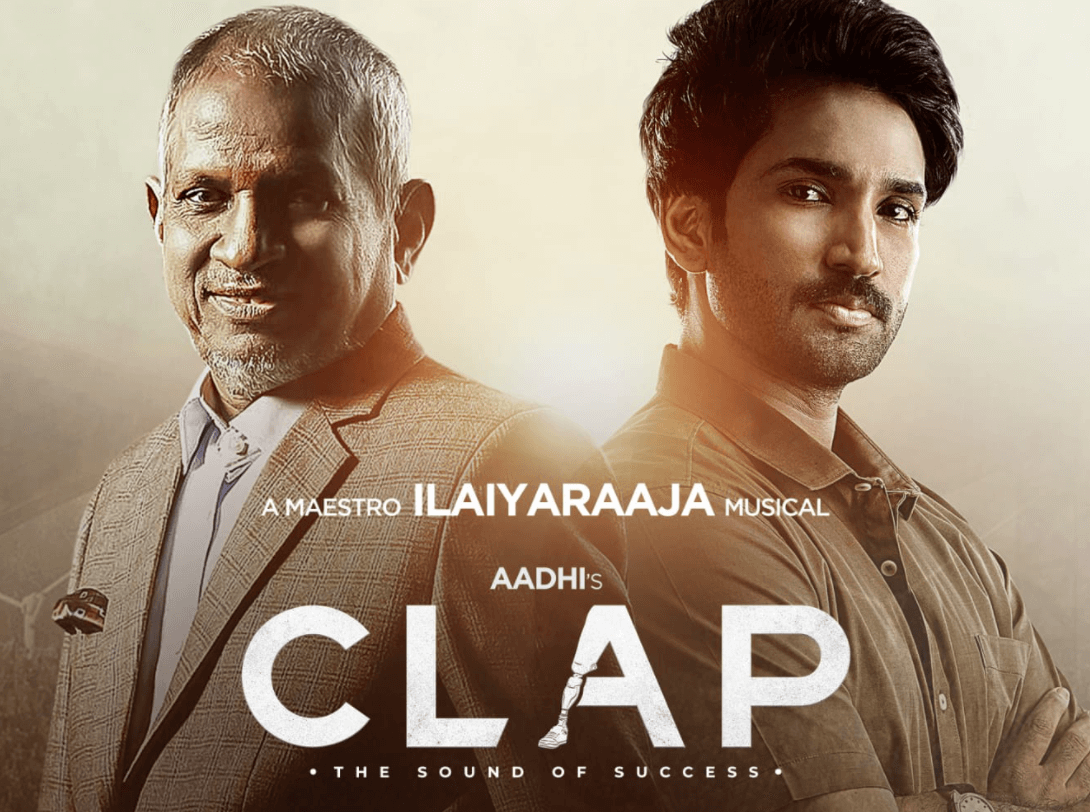 Clap is a bilingual (Tamil & Telugu) sports drama written and directed by Prithivi Adithya. Produced under Big Print Pictures banner, Clap movie features Aadhi Pinisetty, Aakanksha Singh, and Krishna Kurup in the lead role. Maestro Ilayaraja composes the music for this film. The camera is handled by Praveen Kumar and the cuts are done by Ragul. The film comes in bilingual formats that include Telugu and Tamil languages. Sony LIV bags the streaming rights for the film and it will be premiered soon on their platform.

T Series Lahari Music acquires the audio rights of the clap film. The music was composed by Ilayaraja.