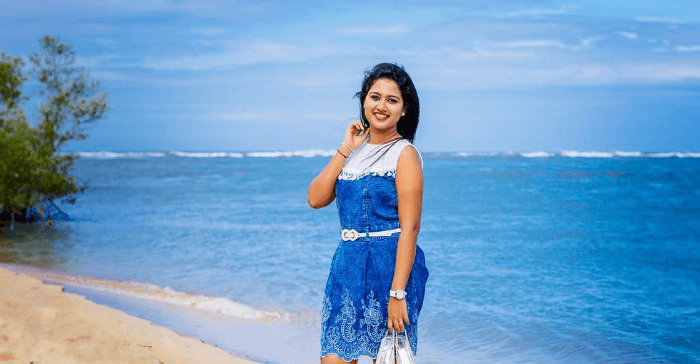 Chirsshree Anchan is a stunning south Indian actress who appears in Tulu, Kannada, Telugu and Tamil language movies. She made her debut with the coastal wood movie ‘Pavithra‘ in 2016.